The Tata Motors’ Tigor EV is almost here with a facelift. This new electric car is actually not all that new as Tata earlier had a Tigor EV on sale. That car was exclusively for commercial use and in the taxi segment. The Tigor electric recently got a facelift and the fleet buyers got the Xpres-T. The Tigor EV will become the EV version of the car for individual buyers and personal use. The teaser shows the Tigor electric driving enthusiastically alongside the Nexon EV in the hills. Since both get the Ziptron tech, we can expect a similar performance from the Tigor EV as well. The Nexon electric gets up to 100kmph from standstill in under 10 seconds. Since the Tigor is a smaller car than the Nexon, we can’t expect the Tigor EV to offer the same 129PS motor with 245Nm of torque. But, it’ll certainly pack a more powerful motor than the Xpres-T, which is the commercial version of the facelifted Tigor EV. The Xpres-T makes 41PS of power and 105Nm of torque. For a commercial car, this is satisfactory performance because of better low-end torque delivery. Moreover, the less powerful motor will also help it provide a longer range.

The Tata Xpres-T went on sale for commercial buyers at Rs. 9.58 lakh and Rs. 9.9 lakh for the base and range-extended version. The lower variant of the Xpres-T gets a 16.5kWh battery pack, which is good for 165km per charge. For an additional Rs. 32,000, the higher variant adds 5kWh to the battery pack for an ARAI tested range of 213km per charge.

The Tigor EV may not get a 300km+ range like the Nexon EV to maintain some product separation between the two cars. But we should expect at least a 200km range per charge from the Tigor electric, which is on par with the Xpres-T. It will, however, have a more powerful electric motor than the commercial version called the Xpres-T. Hence the Ziptron branding for the car.

Besides these, we can also expect the car to carry over the features we see in the Tigor XZ Plus. That means Tigor EV’s top variant should also get an automatic AC, power mirrors, touchscreen infotainment with smartphone connectivity, steering-mounted controls, rear camera, a rear armrest and keyless entry with push-button start/stop.

In terms of pricing, we can expect the Tata Tigor EV to cost around Rs. 11 to 13 lakh while Nexon EV continues to sell in the higher price band of Rs. 14-17 lakh. With this pricing, it’ll comfortably justify the premium for features and performance over the Xpres-T even with a similar 200km range.

The Tata Tigor Electric has no competition in the electric compact sedan space. In the electric car space, the Nexon is the closest rival, although it is more expensive and has a different body style. 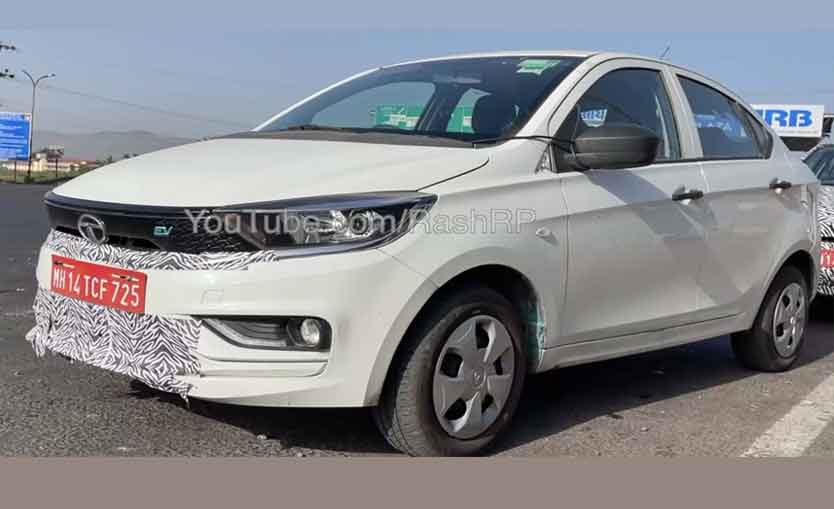