The year 2020 brings with it the expectations to witness several new cars on our shores. It is needless to mention that even India’s best selling car brand - Maruti Suzuki - is also getting ready to make a few changes in its lineup.

So, let’s check what all cars and SUVs Maruti Suzuki is gearing up to offer in 2020.

The Maruti Suzuki Vitara Brezza has been holding onto its leading position in the segment, despite lacking a petrol version and facing stiff competition. However, the sub-4 metre SUV is now starting to look dated. 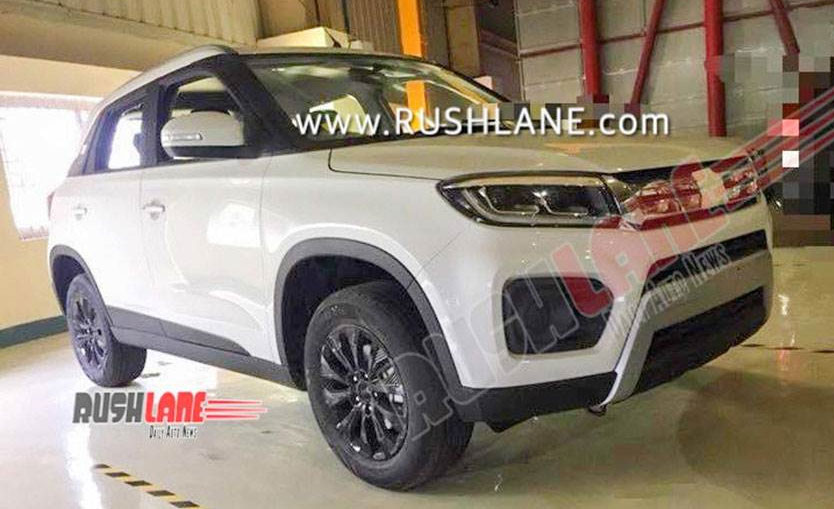 To maintain its lead among worthy alternatives, Maruti Suzuki will update the Vitara Brezza in 2020. The 2020 Brezza will get a petrol engine while the diesel powertrain is likely to get discontinued. The petrol engine could be the 1.5-litre unit that is currently doing duty in the Ciaz and Ertiga. Alternately, Maruti Suzuki might even offer the 1.0-litre turbo petrol engine from the Baleno RS as engines with forced induction are starting to become commonplace, thanks to Hyundai and Kia. We are looking forward to see what the new Brezza looks like at the Auto Expo 2020. Apart from getting a petrol engine, the Brezza is expected to feature cosmetic changes as well. The sales of Maruti’s new subcompact SUV could commence soon after its unveiling.

Amid the shift among buyers’ preferences towards petrol cars, the S-Cross is also suffering from being a diesel-only model. Expect Maruti Suzuki to soon offer the Ciaz’ 1.5-litre petrol engine in the 2020 S-Cross, and give it  a mild touch-up as well in the process. Maruti Suzuki officials had earlier confirmed that the 1.25-litre diesel engine is not going to get BS6 treatment. So consider the end of this financial year as the end of the road for that unit. Meanwhile, the S-Cross has already been spied showcasing 1.6 badges, which was reserved for the pre-facelift S-Cross with the 1.6-litre diesel engine. The refreshed S-Cross that got the aggressive, vertical grille, was never available with the bigger diesel engine.  So, there’s hope that the S-Cross might continue with a diesel engine, and we can’t rule out the possibility of a petrol unit as well.

The most affordable Nexa car, Ignis, is also awaiting a facelift. While the Ignis’ quirky styling never got it the attention it deserved, perhaps an aggressive styling might do for it what it did for the S-Cross. The 2020 Maruti Ignis will continue with its frugal, 1.2-litre petrol engine and 5-speed manual/AMT automatic transmission combo after the facelift. Along with aggressive styling, a slight bump in the ground clearance can also go a long way in positioning the Ignis as a mini SUV. That might also help it get a headstart against upcoming rivals like the Tata H2X. More importantly, the Ignis needs its features redistributed among its 4 variants. Offering projector headlamps, DRLs, touchscreen infotainment and climate controls in lower variants can go a long way in adding to the appeal of the Ignis among value-conscious buyers.

The Dzire will get its routine dose of visual updates in 2020. The Dzire facelift will lose the 1.25-litre turbo diesel engine by the end of March 2020 as Maruti doesn’t intend to make it BS6 compliant. Besides that, we expect some feature rejig, like Maruti Suzuki did for the Baleno in 2019. Just like the Ignis, currently, the lower variants of the Dzire don’t look as attractive as the top trims. That’s because Maruti Suzuki has reserved the projector headlamps and DRLs for the top variants only. And those require you to shell out quite a bit of cash. Sprinkling some of that top trim goodness in the VXI and ZXI variants can go a long way in making the mid variants appear better value for money. We are expecting the Dzire to get its facelift around mid-2020.