Check out all the details of the new Ford EcoSport Signature edition model:

The new Ford EcoSport Signature edition comes with a good handful of styling updates on the exterior front. The updates include a new chrome surround for the SUV’s radiator grille, black bezels for the fog lights, new attractive graphics, roof rails, new 17 inch diamond cut alloy wheels and a rear spoiler. All these updates makes the already good looking EcoSport appear sportier and more attractive with a heightened premium appeal.

Ford has endowed quite some updates on the cabin of the EcoSport Signature edition model as well. While the cabin updates are subtle, they are good nonetheless and make the cabin of the mini SUV all the more inviting and offer a more premium look and feel. The all-black interior theme of the Signature edition receives a splash of colour in the form of contrast blue stitching on the seat upholstery and blue accents on the centre console and the instrument panel. New feature addition on the EcoSport Signature is the most noteworthy one, which is a sunroof just like that of the new top-end EcoSport S variant. Ford likes to call this sunroof as the “fun-roof”.

The newly launched Ford EcoSport Signature edition is offered for sale in India in both the 1.5 litre diesel and the 1.5 litre petrol engine choices that are already available on the standard models of the EcoSport. The 1.5 litre petrol engine is capable of generating a max power output of 121 bhp along with 170 Nm of peak torque. On the other hand, the 1.5 litre diesel motor has the ability to churn out a max power of 99 bhp and a top torque of 205 Nm. Both the engines get paired with a 5 speed manual transmission gearbox, while the petrol version has a 6 speed automatic transmission option as well.

The petrol EcoSport offers a fuel efficiency of 17 kmpl, while the diesel avatar offers a mileage of 23 kmpl.

On the whole, with its exterior and interior feature updates, the new Ford EcoSport Signature edition is a very nice addition to the SUV’s lineup that should draw more buyers.

Ford is contemplating to work on a brand new small SUV

Top 9 things about the Ford Freestyle 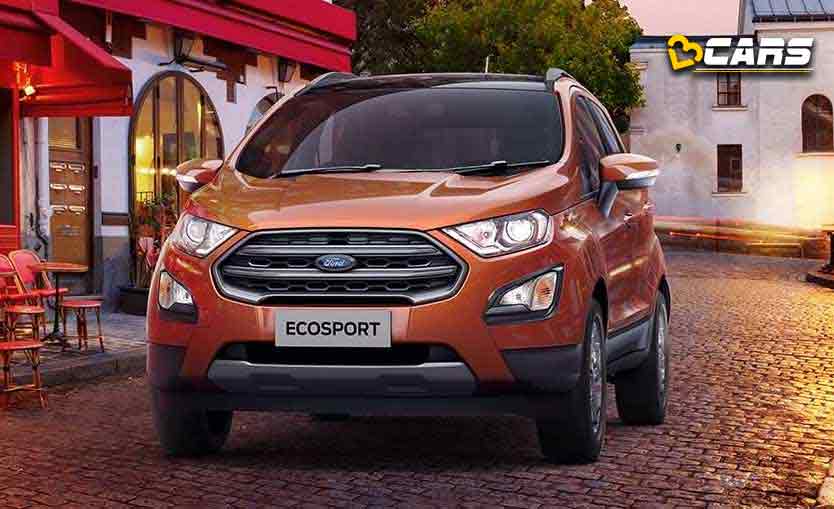