With room for 5 and a price tag of under Rs. 7.0 lakh (ex-showroom), here are 10 cars that offer the best boot space. Please note that this list also includes some variants or models, which are a little bit over our ceiling of Rs. 7.0 lakh. This will help buyers who are okay with stretching the budget a little bit. We also haven’t, included CNG variants as there’s no official information about their boot capacity after the inclusion of the CNG tank. Moreover, the cylinder leaves very little space in the trunk, making it pretty much unusable. At 625 litres of storage in a 5-seat setting, the Renault Triber remains unchallenged. With the Triber, you need not worry about packing for a vacation. You can move your house in this car and relocate to your favourite destination. For emergencies, there’s room for 2 more passengers in the third row. The removable 3rd row makes this car’s boot space roomier than the Ertiga. 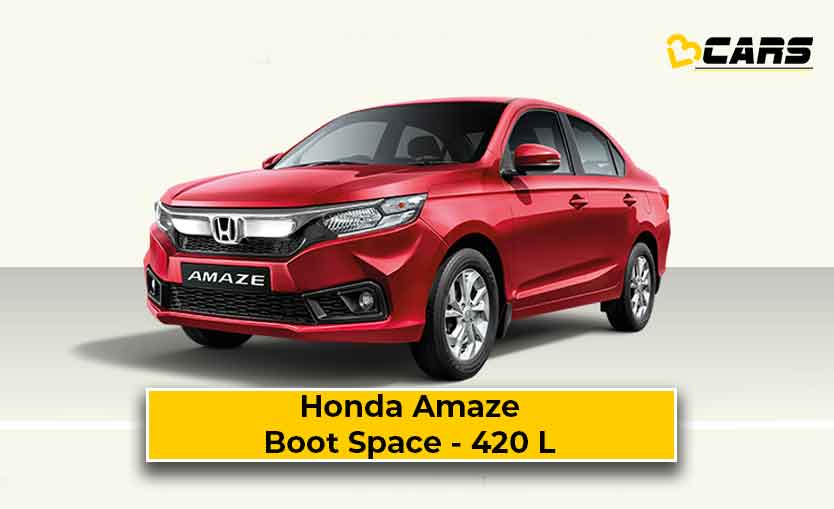 With the Honda Amaze, your choices are limited to 2 trim options - E and S. But, if you want the car with the best-in-class boot size, then this is it. Here comes the kicker - on paper, the Tigor lags behind the Amaze by 1 litre but its hydraulic struts probably offer slightly better real-world storage than the Amaze. The Honda Amaze uses C-hinges, which intrude a bit into the cavity. Moreover, the Tigor’s struts look nicer, cleaner and more upmarket.

From a price perspective as well, the Tigor offers more choices including one with an automatic transmission. Despite sharing the platform with the Nissan Magnite, the Kiger manages to offer a 70-litre larger cargo capacity. That is substantial. Not only that, but you also have the option of AMT automatic - under Rs. 7.0 lakh. An SUV for under Rs. 7.0 lakh with an automatic is a value proposition that’s difficult to ignore. 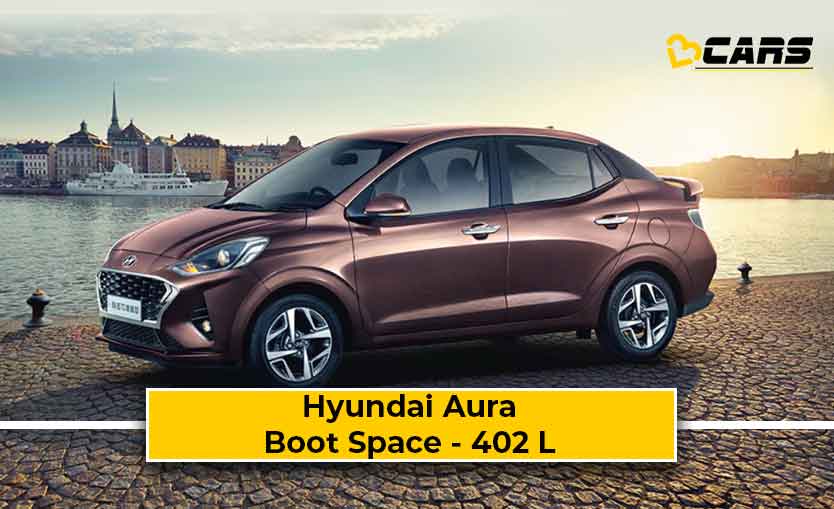 Despite the top trims costing around Rs. 13 lakh, somehow, the base trim of the Sonet squeezes under the Rs. 7 lakh price band. While you will miss out on some creature comforts, you still get a muscular silhouette with the Kia Sonet and a substantial, 392-litre boot. If you want a car with a ubiquitous service centre network, then for under Ra. 7.0 lakh, Dzire is your only option. Between the LXI and VXI variants, we recommend the VXI as it’s a better buttoned up package than the basic LXI. Besides a 378-litre boot, the Dzire also claims to deliver a phenomenal mileage of around 24kmpl with its hybrid petrol engine. With the Venue, you get a 350-litre boot space and just like the Sonet, there’s only 1 variant you can fit in your budget. Nissan’s Datsun GO Plus looks a little out of proportion but for hauling luggage, this is a phenomenal package. Just fold down the last two seats and this baby will give the Venue a run for its money with a comparable boot capacity. That’s 347-litres with room for 5 occupants.

Moreover, unlike the Triber, this one gets a larger 1.2-litre petrol engine. That’s not all, you can even get the smooth and underpriced CVT automatic. Seriously! Where else can you get a CVT automatic for an incremental cost of just Rs. 63,000 over the manual?

All you have to do is see through its slightly disproportionate side profile and you’ll find plenty of value. 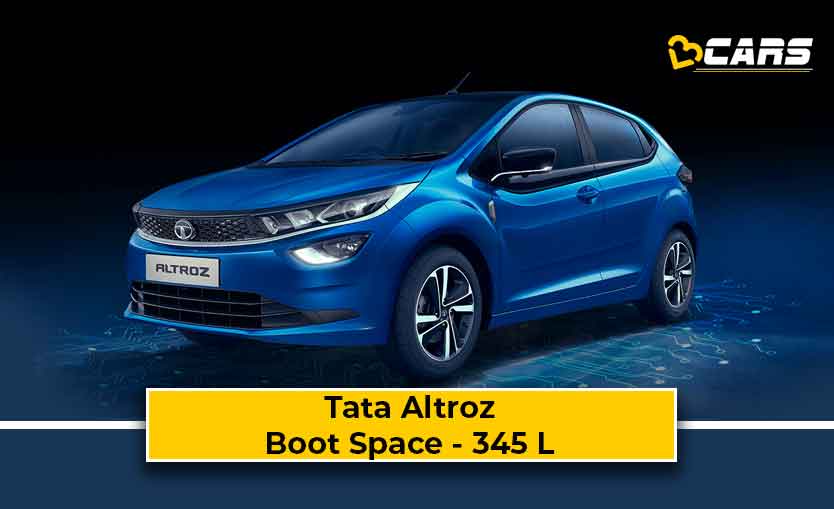 Finally, we have the Tata Altroz with 345-litres of boot space. Tata made a masterpiece of a car. This car looks good in person and on paper. The Altroz has the features, the value-for-money quotient (in most variants), 5-star safety rating and fairly big boot space.