2021 Tata Tigor Variants Explained - Which One To Buy

2021 Tata Tigor Variants Explained - Which One To Buy

V3Cars reviews all the diesel variants of the 2021 Tata Tigor to give you a better idea about which variant offers the best value for money. The Tigor gets powered by a 1.2-litre petrol engine that gets paired with manual and AMT type transmission options. The 2021 Tata Tigor’s prices start at around Rs 5.50 lakh. Compared against the 2020 prices, the Tigor’s starting price has reduced by around Rs 25,000. The Tigor XM and XZ variants’ prices have remained almost the same as before. However, its XZ+ manual variant has received a price hike of around Rs 13,000, while the XZ+ AMT variant’s price has increased by around Rs 15,000.

You can view all the price details of the 2021 Tata Tigor variants and the comparison with the 2020 prices in the following table:

The Tigor’s XM and XZ+ variants are available with AMT type transmission option as well, and their incremental cost is Rs 52,000 over their manual counterparts, which is reasonable.

What Are The Engine Specifications of Tata Tigor?

The Tigor comes packed with a 1.2 litre petrol engine that can generate 86PS of maximum power and 113Nm of peak torque. Its power and torque outputs are comparable with its naturally aspirated petrol rivals. However, the Tigor is heavier and thus, its power:weight and torque:weight ratios are least in the segment. The Tigor gets paired with 5-speed manual and 5-speed AMT transmission options, and its claimed fuel efficiency is marginally less than 20kmpl.

The following table lists the engine specifications of the 2021 Tata Tigor:

What Are The Dimensions of Tata Tigor?

The Tigor is a B2-segment sedan and its length is almost 4m. It is the narrowest car in the segment, but it’s the tallest. Tigor’s wheelbase is similar to that of the Dzire and Aura, which is less than Amaze and Aspire. However, the boot capacity is almost as much as that of the Amaze, which is better than other cars. The Tigor’s ground clearance of 170mm is comparable with its rivals, while it also offers 14- and 15-inch wheels options like the rest of the cars in this segment.

The dimension details of the 2021 Tata Tigor are mentioned in the table below:

What Are The Features of Tata Tigor XE Variant?

The Tata Tigor’s base XE variant is priced at around Rs 5.50 lakh.

This variant offers all the basic safety features apart from which it also has functional features such as tilt steering, front power windows and front power outlet.

This base variant offers body coloured bumpers, but the door handles and ORVMs are black coloured. There are 14-inch steel wheels without wheel covers.

You can view the features details of the 2021 Tata Tigor XE base variant in the table below:

What Are The Features of Tata Tigor XM Variant?

The Tigor XM variant is Rs 60,000 more expensive than the XE variant. The XM variant also comes with the AMT option, for which you will have to spend an additional amount of Rs 52,000.

For the additional premium, the XM variant offers a few added safety features, which include - central locking with speed sensing auto door lock and day/night IRVM.

You can check out all the added features of the 2021 Tata Tigor XM variant over the XE variant in the following table:

As per our internal data, the XM variant’s incremental cost of Rs 60,000 for the mentioned features is on the higher side. If you choose this variant, then you’ll have to compromise on both value and basic features. Hence, we can’t recommend this variant and will suggest going for some higher variant instead.

What Are The Features of Tata Tigor XZ Variant?

The following table lists the all the additional features of the 2021 Tata Tigor XZ variant over the XM:

According to our internal data, the XZ variant’s added features do not justify the incremental cost over the XE and XM variants. However, as far as the basic set of modern-day features is concerned, this variant is adequately equipped. Thus, we suggest that even if you wish to buy an affordable basic variant of the Tigor, then you should at least go for the XZ variant.

What Are The Features of Tata Tigor XZ+ Variant?

The top Tigor XZ Plus variant is Rs 61,000 more expensive than the XZ variant. The XZ+ variant comes with the AMT option as well, which will cost you an additional premium of Rs 52,000. It is worth noting that the XZ+ AMT’s price difference with the XM AMT is around Rs 1 lakh.

The XZ+ variant offers a whole host of additional features. Its added entertainment features include a touchscreen infotainment system along with Apple CarPlay and Android Auto support.

As far as the XZ Plus’ add-on functional features are concerned, there are features like - auto AC, height adjustable driver seat, electrically foldable ORVMs and keyless entry.

You can see all the added features of the 2021 Tata Tigor XZ+ variant over the XZ variant in the table below:

The top Tata Tigor XZ+ variant’s additional features are worth much more than the incremental value of Rs 60,000. According to our internal data, this is the best variant of the Tigor in terms of features and value. If you are considering the XZ variant, then we strongly suggest that you stretch your budget a bit to settle for the XZ+ variant instead, as it is a sensible choice in terms of both value and features.

In the case of AMT, we strongly recommend that you choose the XZ+ and not the XM variant.

Now let us sum up all the variant-wise recommendations of the 2021 Tata Tigor to ease your buying decision.

In case of the manual transmission Tigor variants, the XZ covers most of the basic features. However, you will have to compromise on value if you choose this variant.

Below the XZ variant, the XM and the base XE variants lack a number of basic features. Hence, we recommend at least the Tigor XZ variant even for the budget buyers.

The Tigor XZ+ top variant is the most value-for-money variant. If you wish to avail feel-good features in the Tigor range and can stretch your budget till the XZ+ variant, then we definitely recommend buying it.

In case of the AMT option, the Tigor range has only 2 variants available, namely -- XM and XZ+. As choosing the XM variant would mean compromising on both value and some basic features, our only recommendation is certainly the XZ+ variant.

Here’s a brief look at our variant-wise recommendations on the 2021 Tata Tigor:

What Are The Exterior Colour Options of Tata Tigor?

The Tata Tigor is available for sale in 5 exterior colour options, namely - Red, Blue, White, Grey and Silver. Among these, we think that the Tigor looks best in the Grey colour. Which colour option of the Tigor do you like the best₹Do let us know in the comment section. 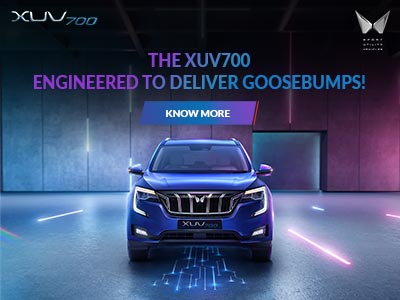