In this Maruti Grand Vitara quick drive review, we will share our experience of driving the 5-seater SUV at Maruti’s test track in Rohtak, Haryana. We drove the Grand Vitara with multiple powertrain options, including the mild-hybrid auto, mild-hybrid 4WD manual and the strong hybrid auto. As we stated earlier, we drove the Grand Vitara on the test track in Maruti’s Rohtak R&D facility. The track comprised a high-speed track, a highway track and a city track. The high-speed track is roughly a 6km long oval loop with banked sections around turns. The highway track is around 4.5km long while the city track is 1.5km long. We hit a maximum speed of 140kmph and a minimum speed of 80kmph on the track. We recorded the acceleration and fuel efficiency of the car on this track, which we will share in detail later.

From our experience driving the car, here are a few frequently asked queries answered:

Does it feel underpowered?

The Grand Vitara mild-hybrid produces a maximum power of 103PS and 136.8Nm of peak torque. This powertrain lags behind other SUVs in the segment in terms of power and torque figures. Compared to the other powertrain options on offer, the mild-hybrid felt the most sluggish. During our test, we tested the 0-100kmph timing of the mild-hybrid automatic version. The car took roughly 16 seconds to complete the run, which was not quick by any means.

From the acceleration times, we can conclude that the strong hybrid version is the peppiest of the lot. Even on paper, the strong hybrid powertrain has the upper hand. It produces 115.5PS of maximum power and 141Nm of peak torque. We think that its performance is comparable to that of its naturally-aspirated rivals.

After our brief drive, we think that the Grand Vitara’s mild-hybrid engine is suitable for buyers who do most of their commutes in the city. The engine would feel underpowered on the highway, especially with 5 people and their luggage on board. On the other hand, the strong hybrid version should be suitable for someone with a lot of running, be it inside the city or on the highway.

To judge the highway performance of all the powertrain options of the Grand Vitara, we compared the engine behaviour at around 100kmph. The mild-hybrid setup with the 4WD system in the Grand Vitara is only available with a 5-speed manual transmission. At a speed of 100kmph, the engine felt strained as it was cruising at around 3000rpm.

However, the 3-cylinder engine of the strong hybrid setup was a bit loud. A lot of noise filtered into the cabin, which one could overcome with the audio system. However, it was noticeably louder than the 4-cylinder mild-hybrid engine,

Talking about the braking performance, it was not up to the mark, especially when exceeding triple-digit speeds. However, it was enough for the performance the Grand Vitara has to offer. To comment or discuss the ride and handling of the Grand Vitara, we will need to drive it more.

What was the indicated fuel efficiency?

As we stated earlier, we were driving the Grand Vitara on a 6km long high-speed track. During our drive, we recorded the indicated fuel efficiency of all 3 powertrain options. However, we achieved these figures after driving for only 6km and hence, these are not conclusive. Additionally, we drove the Grand Vitara at speeds higher than 100kmph most of the time while touching 140kmph in between as well. Given our aggressive driving style, these figures do not represent real-world driving conditions at all.

Shockingly, the strong-hybrid Grand Vitara showed a fuel efficiency of 10kmpl, which was lower than the mild-hybrid automatic version. We think the reason behind this was us doing high speeds with the car. At such high speeds, only the engine was delivering almost all of the power and hence, the car could not take the advantage of the electric setup. However, we are confident that during city drives or relaxed highway drives, the strong-hybrid version will deliver more mileage than other powertrain options. 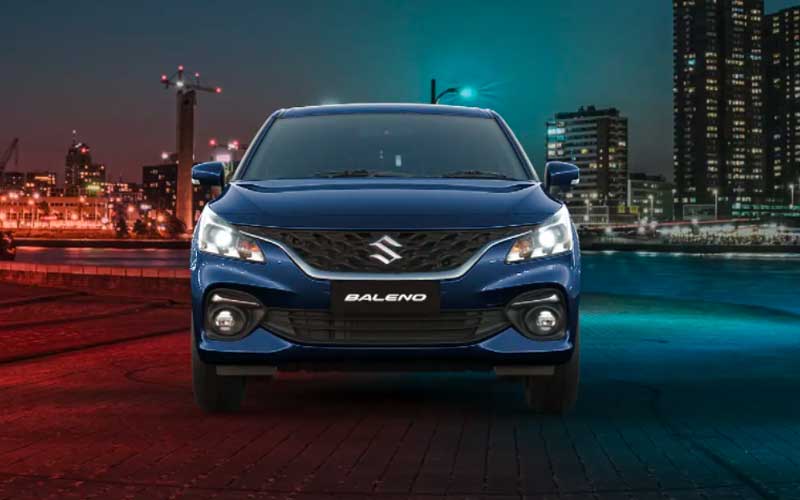