Ford EcoSport Likely To Get A New Variant | V3Cars

Ford recently updated the variant lineup of its three cars including the Figo, Aspire and the Freestyle. Now, it seems like the carmaker is planning to introduce a new variant of the EcoSport SUV as it was spotted recently. Compared to the other variants, the upcoming SE variant misses out on a tailgate mounted spare wheel unlike other variants of the EcoSport. In place of the spare wheel, it now features the number plate housing with a chrome applique. It also gets a redesigned rear bumper with faux skid plate. The new variant looks similar to the US-spec model which is also made-in-India for export purposes.

The removal of the tailgate mounted spare might also mean that Ford may remove a spare wheel from the EcoSport SE altogether. As per the amendment done by the Ministry of Road Transport and Highways (MoRTH) in the Central Motor Vehicles Rules (CMVR) in July 2020, a vehicle falling in M1 category can be exempted from having a spare wheel if the manufacturer has equipped the model with tubeless tyres, a tyre pressure monitoring system and a tyre repair kit with a tyre sealant. The EcoSport fulfills all the requirements as it is a M1 category vehicle  (M1- all passenger vehicles with a seating capacity of up to 9 occupants, including the driver and weighing less than 3.5 tonnes) and comes equipped with tubeless tyres and tyre pressure monitoring system.

Ford is expected to position the SE variant on the higher side of spectrum as tyre pressure monitoring system is currently being offered only on the top-spec S variant. 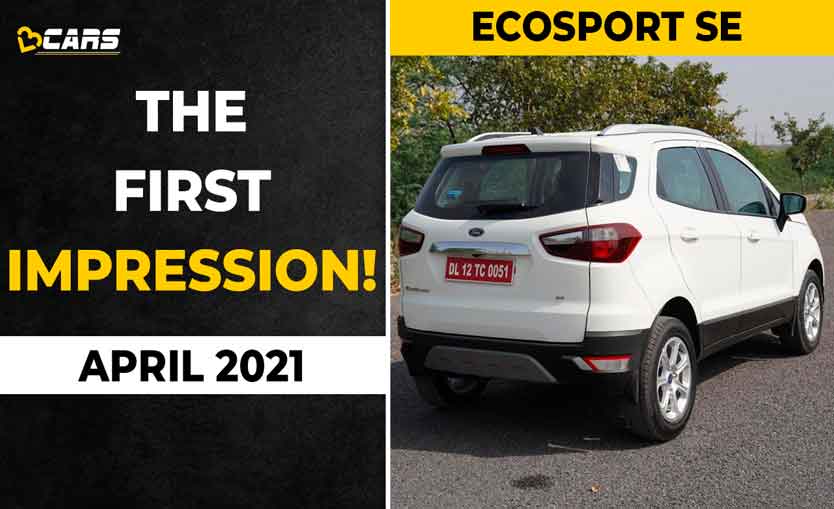