Maruti Suzuki are all set to reveal the all-new Grand Vitara SUV on July 20. The upcoming SUV, which will share its powertrains with the Toyota Urban Cruiser Hyryder, can now be booked via Maruti Nexa dealerships or online. Ahead of its launch, the starting price of the Grand Vitara has leaked online. According to leaked images of the source code for the Grand Vitara’s micro site, the upcoming premium SUV from Maruti will get a starting price of Rs. 9.50 lakh ex-showroom. Maruti Suzuki will reveal the complete variant list and their features at the unveiling, followed by a price announcement closer to the launch. Another teaser reveals the side profile of the new Grand Vitara. It will get a strong character line below the window line, which sweeps upwards, wrapping the D-pillar with a subtle chrome strip garnish. We expect the Grand Vitara to offer 17-inch machined alloy wheels and ORVM-mounted side cameras. We can expect considerable design changes on the front profile of the Grand Vitara over its sibling, the Toyota Urban Cruiser Hyryder.

On the inside, the Grand Vitara Hybrid could feature a similar dashboard design as the Hyryder. However, Maruti Suzuki could use a lighter shade for the upholstery and use different trim pieces as well. The 2022 Maruti Grand Vitara is likely to get the same features as the Toyota Urban Cruiser Hyryder.

Take a look at the expected features of the 2022 Maruti Suzuki Grand Vitara Hybrid:

We expect Maruti Suzuki to launch the Grand Vitara Hybrid around the festive season. The upcoming Grand Vitara will replace the S-Cross crossover in the Nexa range. It will rival other C-Segment SUVs like the Hyundai Creta, Kia Seltos, MG Astor, Volkswagen Taigun and Skoda Kushaq. 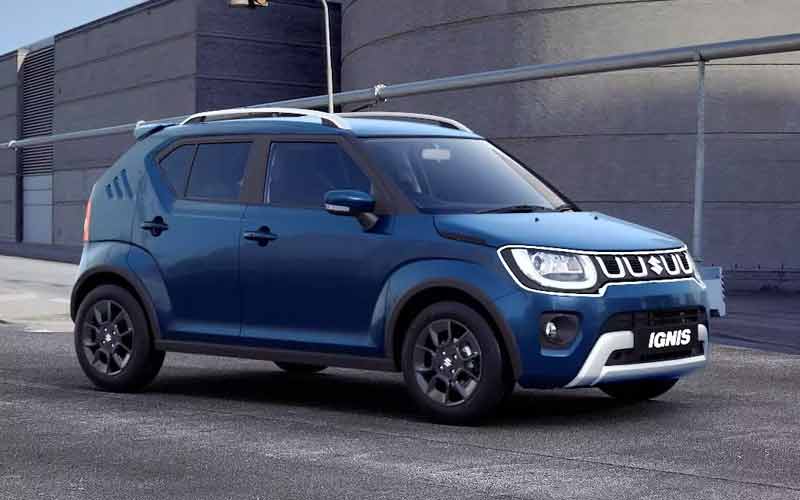