Maruti Suzuki has launched the 2021 Swift facelift. It is available in four variants- LXI, VXI, ZXI and ZXI+, with prices ranging from Rs 5.73 lakh to Rs 8.41 lakh. As visible from the table, the Swift facelift has received a price hike of up to Rs 25,000, over the pre-facelift variant. For this added premium, it gets various cosmetic updates along with additional features and a new more powerful engine.

In terms of design, the most noticeable change comes at the front. It gets a new honeycomb finish front grille with a thick chrome element underlining the Suzuki logo. It replaces the horizontally slatted grille found on the pre-facelift model. The side and rear profiles have remained largely unchanged save for slightly updated tail lamps.

On the inside, while the cabin layout remains identical to the pre-facelift model, it gets updated upholstery. Maruti has also introduced a new music system in the lower variants of the Swift facelift while in the higher variants, it gets additional features like cruise control, auto-folding ORVMs and a coloured MID. Other features remain identical to the pre-facelift model including auto LED headlamps, rain-sensing wipers, alloy wheels, auto AC, parking camera, front fog lamps, push-button start, tilt-adjustable steering and a height-adjustable driver’s seat.

Safety features on offer include dual front airbags, ABS with EBD, rear parking sensors and ISOFIX child seat anchors. The Swift facelift also gets hill hold assist and electronic stability program but they are limited to the AMT variants only.

On the Swift facelift, it is offered with an idle start-stop system. It makes 89PS of power and 113Nm of peak torque, 6PS more than the K12M unit. Transmission options are unchanged as it continues to get a 5-speed MT and a 5-speed AMT. Thanks to this new K12N engine, the Swift facelift will be more frugal than the outgoing model.

The Swift facelift continues to take on likes of the Ford Figo, Grand i10 Nios and the Ford Freestyle. 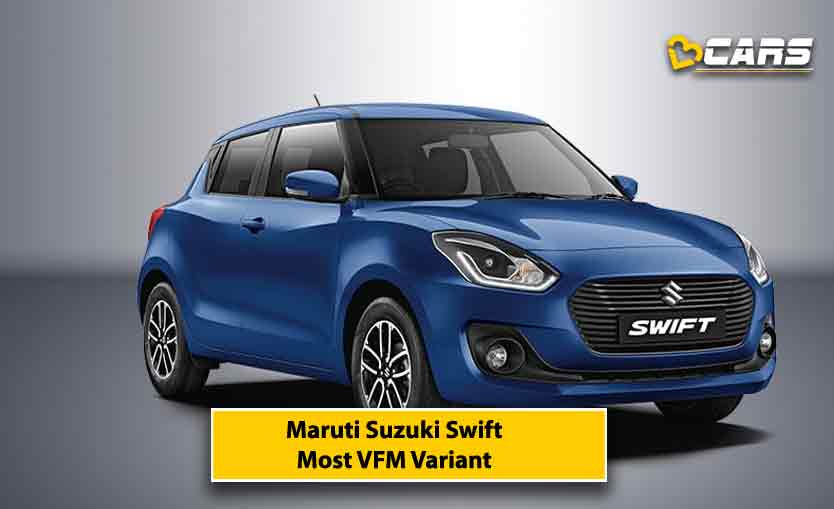 Which Variant of 2020 Maruti Suzuki Swift Petrol Is Most Value For Money?