The 2021 Mercedes Benz has been revealed in a set of leaked images and its design is in line with other modern Mercedes Benz cars like the A-Class, E-Class and the S-Class. In fact, the 2021 C-Class looks essentially like a smaller version of the flagship S-Class. 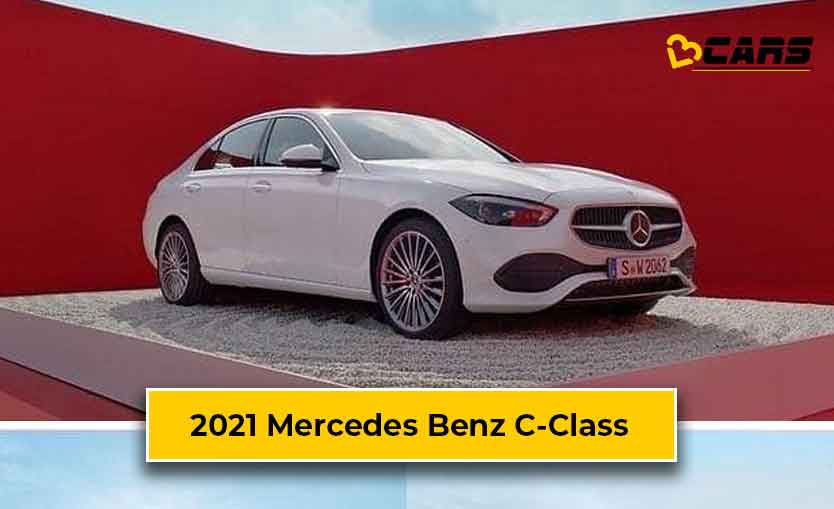 Up front, it gets new angular headlamps flanking the slingle-slat trapezoidal grille. At the back, it gets new teardrop-shaped tail lamps as seen on the new S-Class along with a huge bumper with reflectors and faux exhaust pipes.

Similarly on the inside, the 2021 C-Class replicates the flagship S-Class. Like the flagship sedan, it gets an iPad-like central infotainment screen which replaces the landscape oriented system seen on the current model. It should be equipped with Mercedes’ second-gen MBUX infotainment software and should also offer controls for various car functions like climate control, ambient lighting and more. The new C-Class also gets an updated instrument cluster as it gets a free-standing instrumentation screen instead of the hooded cluster seen on the current model.

Under the hood, the new C-Class will be equipped a new set of petrol and diesel hybrid powertrains and we will have to wait for the official unveil to no more about them. Currently, the C-Class is offered with both petrol and diesel engines. It is currently offered with three engine options: C200, C220d and C300d producing 204PS, 194PS and 244PS, respectively. All the engines are mated to an 8-speed automatic transmission.

Mercedes-Benz has not said anyting yet about bringing the new C-Class in India. However, we expect it to land here by the end of this year soon after it goes on sale in the global market. It should be priced at a premium over the current model which retails from Rs 49.41 lakh to Rs 54.25 lakh (ex-showroom India). It will continue to take on likes of the BMW 3 Series, Audi A4, Jaguar XE and the upcoming Volvo S60.