Citroen are soon going to launch their first mass-market car in the Indian market, the C3. Before the official launch, someone has captured it on test without any camouflage. The spy images show some subtle changes on the Indian-spec C3. Citroen revealed the C3 last year globally in a virtual event The test car was possibly a lower variant as it carried steel wheels with wheel covers and empty fog lamp housing. The wheel cover design was different from the model revealed globally.. Additionally, it had chrome elements around the turn indicators, which were placed on the fender. It did not had side body cladding, which might appear on the upper variants to up the SUV quotient. Even Though the C3 carries some SUV cues, Citroen don’t call it an outright SUV, like other carmakers do. They like to call it a ‘hatchback with a twist’. It will measure under 4 metres long and will come as an alternative to premium hatchbacks like Maruti Baleno and Tata Altroz. Its SUV-inspired looks and expected affordable price tag would undercut many sub-compact SUVs.

Here’s a list of some of its notable features:

The C3 will have quirky interiors. The car shown in the promotional video had orange trim on the dashboard. However, it will not have as many features as the competition gets. It misses out on certain features like: The C3 will have 180mm ground clearance and 315L of boot space. It is 3980mm long and has a wheelbase of 2540mm, which is longer than the wheelbase of Nissan Magnite and Renault Kiger. The C3 may also get a 1.2L turbo petrol engine in addition to the 1.2L normal petrol engine. The official images suggest that the gearbox is a 5-speed manual. We can also expect an automatic gearbox. However, there is no confirmation about the engine and transmission as of now.

Also Read: What is Citroen C3? An SUV Or A Hatchback?

The C3 will come in multiple colours including dual tone options as well. We can expect the pricing to range between Rs. 5.0 lakh and Rs. 6.5 lakh. The launch should take place between April to July, 2022. 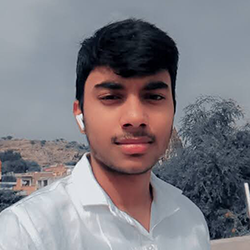