The new refreshed Isuzu MU-X’s test prototype model has been caught by the shutterbugs on the Indian roads, while it was busy on its road testing schedule. The new spy shots show that the MU-X facelift is going to come with some exterior cosmetic updates.

The Isuzu MU-X launched in the Indian car market in 2017, and at that time the updated version was already available for sale in some international car markets. After a year of its international launch, the Isuzu MU-X facelift is finally preparing to hit the Indian market, as is apparent from the recent spy pictures that got splashed on the internet. The sighting of the refreshed MU-X’s test mule on the Indian roads indicates an imminent launch, probably sometime around the festive season.

As per the speculations, the MU-X facelift model is expected to come braced with projector headlights along with LED daytime running lights and mildly restyled front bumper. The other exterior styling element updates will include the ones that are common to most of the facelift vehicle models, such as newly designed alloy wheels, new LED elements inside the tail lights and a slightly redesigned rear bumper. The rest of the SUV will largely remain unchanged and will definitely carry the same basic design language and will still be based on the same tough ladder-frame chassis. It will continue with its aggressive and tough visual appeal and intimidating road presence.

The more important chances are likely to come on the inside of the new updated Isuzu MU-X. Going by global version, the facelift SUV will be getting braced with a redesigned dashboard which will flaunt a stylish dual tone beige and black color scheme replacing the all-black dashboard of the ongoing model. To add a premium touch to the interior there will be faux wood trim as well as some nice soft-touch plastic surfaces that really offers enhanced look and feel to a car cabin. The centre front side of the dashboard is also expected to flaunt a silver surround, while there should be a new touchscreen infotainment system as well. The SUV should also get new seat upholstery for its facelift version, although it might be different than that of the international version. Moreover, the Japanese auto maker should be also endowing some added new features on the refreshed MU-X to make things more interesting and attract more buyers in the SUV loving Indian car market.

The upcoming India-spec Isuzu MU-X facelift is not expected to get any under the hood specification updates. It will most likely be packing in the same 3.0 litre diesel motor that has the capability to offer a max power output of 177 hp. The engine would be paired with a 5 speed automatic transmission gearbox along with two-wheel drive as well as four-wheel drive system. The global facelift model of the SUV comes with a 6 speed automatic transmission gearbox, and thus, this can also be expected to make it to the car market of India. 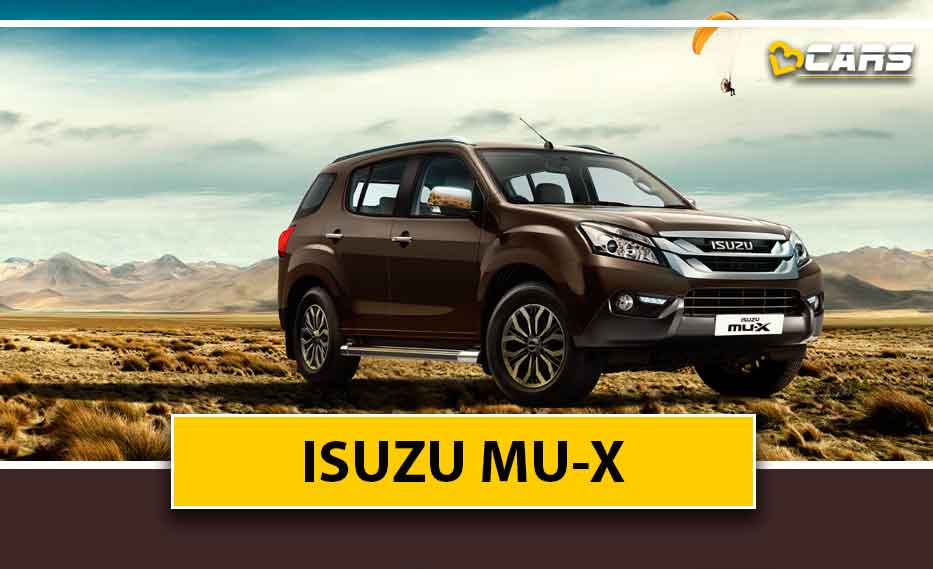 Toyota Motor Corporation To Sell Its Entire Stake In Isuzu