2020 Tata Altroz is attempting to set a new benchmark in the premium hatchback space with new features. If you are excited about the Altroz petrol variants because of their price tag, then we’re here to explain to you which variant you should buy. Let’s begin with the prices.

As you can see, the starting price tag of the Altroz is very attractive for a car that scored highly on the Global NCAP crash test. But, the diesel variants cost quite a bit, mainly because of the BS6 norms. The difference between the petrol and diesel variants is about Rs. 1.6 lakh. So, most Altroz buyers may just buy the petrol variant of the car even if they had plans to get the diesel model. 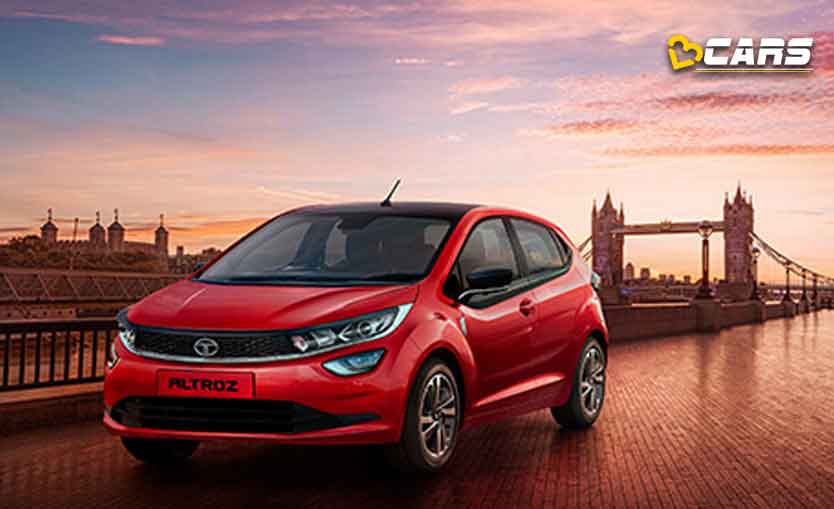 Here, we’re not just going to compare the features and value proposition each variant brings to the table. We’ll also look at the various accessory packages like Rhythm, Style, Luxe and Urban to see which variant offers the best value with or without the add-on.

Here’s the list of the Tata Altroz variants’ prices with the accessory packages:

The 2020 Tata Altroz petrol variants are aggressively priced against its competitors.

As evident from the price table, the Altroz XE with the Rhythm pack costs about as much as the Hyundai Elite i20 Era and Maruti Suzuki Baleno Sigma, which don’t even get a music system. The XZ variant of the Altroz, which is pretty much the top trim minus a couple of simple visual differentiators, costs as much as the Sportz variant of the i20. It still leaves a fairly big price gap between itself and the top variants of its competitors like the Baleno Alpha, i20 Asta and Honda VX.

The Tata Altroz’ petrol engine is similar in displacement to its rivals. It’s a 1.2-litre motor with 86PS of power and 113Nm of torque. While the power and torque figures are on par with the rest of the cars in this class, what sets it apart is its torque delivery. The Altroz petrol delivers its peak torque at 3300rpm, which is 700rpm lower than its closest rival, Elite i20. The i20 petrol’s torque peaks at 4000rpm. So, driving around in the city will require fewer downshifts in the Altroz than in any other premium hatchback.

That Tata Altroz is about as long as the Baleno but slightly wider. Its wheelbase is the shortest in the segment and way shorter than the Elite i20’s, but its boot space and fuel tank capacity are on par among its peers. So, its dimensions justify its placement in the premium hatchback segment.

The XE variant of the Tata Altroz gets all the basic safety features like 2 airbags, ABS, parking sensors and ISOFIX child seat anchors. Plus, there’s relief knowing that the Altroz is the only car in its segment to achieve full 5-star safety rating from Global NCAP. So, it’d be wise to pick the Altroz XE over its rivals if you want a safe car and are on a tight budget. 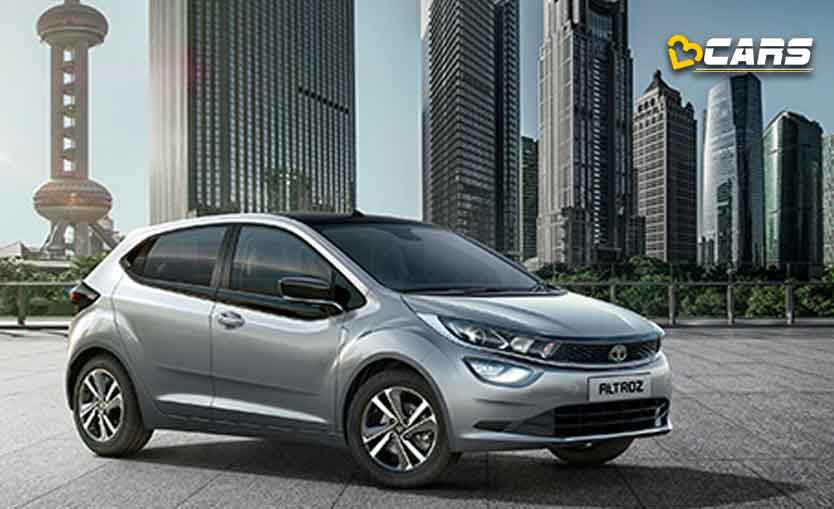 Besides the safety aspect, it also has multiple drive modes, tilt steering, front power windows, umbrella holder, 12V power outlet, body-coloured bumpers and door handles. It covers the basics just fine. The only thing that might make you reconsider your purchase is its inability to accept an aftermarket music system.

So, you’re stuck without a music system forever, unless you opt for the Rhythm accessory pack.

The Rhythm package will add a 4-speaker music system to the Altroz XE variant along with a remote central locking and an extra horn. For Rs. 25,000, it’s clearly more than what you could get from the aftermarket. Unfortunately, you’re stuck with the official route as XE variant doesn’t have a slot for a standard 1-/2-din music system. For Rs. 5.54 lakh, we’d say it should at least include rear power windows, day/night mirror and wheel covers. So, we’d not recommend this as it does not justify the incremental bump in cost over the XE variant.

The XM variant is Rs. 61,000 more expensive than the XE Rhythm option. Over the XE Rhythm variant, it adds rear power windows, electrically-adjustable and foldable outside mirrors and rear parcel tray. In fact, compared to the XE Rhythm, the XM variant has 2 fewer speakers, 1 less horn and no remote central locking. For the asking price, the list of additions is too small. So, we can’t recommend this variant either

Once again, the features don’t match the asking price but if you want a touchscreen infotainment in the Altroz XM, then this is your only option as the car can’t take an aftermarket music system.

The Style package for XM variant costs Rs. 34,000. It includes black roof wrap, larger 16-inch wheels with covers, body-colour outside mirror cover, front and rear fog lamps and DRLs. If you want to add these style features, then this seems like a reasonably-priced upgrade over the XM variant. But do not forget that the XM variant itself is quite expensive over XE. So, the Style accessory package still doesn’t compensate for that. Overall, considering XE variant as our baseline, the features of the XM Style don’t justify the extra cost added cost.

The XT variant is Rs. 69,000 more expensive over the XM variant. For that sum, you’re getting parking camera, touchscreen infotainment, keyless entry and push-button start/stop, LED DRLs, fog lamps, 6-speaker music system, steering-mounted controls, day/night inside mirror, Android Auto, Apple Carplay, cooled glovebox, wheel covers, 16-inch wheels and cruise control. This upgrade seems justified over the XM variant. But, once again, it doesn’t take away the fact that the XM variant itself is quite overpriced. To a great extent, the XT variant wipes off the price gap with its long list of useful features. While this is not our top recommended variant, you can consider this if you absolutely can’t stretch your budget further. The only feature that stands out here is the cruise control. No other car among its rivals offers this feature.

The price of the XT Luxe is dangerously close to that of the XZ variant, which you can look at before making up your mind.

The XT variant of the Tata Altroz is Rs. 60,000 more expensive than the Altroz XT. It adds rear defogger, rear washer and wiper, projector headlamps, rear AC vents, rear armrest, automatic AC, automatic wipers, automatic headlamps, alloy wheels, sliding front armrest, sunglass holder, ambient lighting, wearable key band and 7-inch full-colour instrument console. While the features easily justify the price increment over the XT variant, they also help cover for the XM variant, which seems steeply priced. The colour instrument console here is a game-changer in this segment. That’s because it is capable of displaying navigation directions to the driver while leaving the main infotainment screen for the other passengers.

The XT variant is our top recommended option if you’re looking to buy the Tata Altroz with a petrol engine.

The XZ (O) variant adds Rs. 25,000 more and gets you a black roof. That’s it. So, you decide if you want that cosmetic feature.

Instead of the XZ (O) variant, you can also consider the XZ Urban pack, which is Rs. 30,000 more expensive than the XZ variant. Besides the black roof, it also gets you the body-coloured outside mirrors and body-coloured interior accents. We believe spending Rs. 5,000 extra for the XZ Urban pack over the XZ (O) would be better as you get a couple more features for a nominal sum. Since, the XZ (O) and XZ Urban pack are both cosmetic updates, we’ll leave it up to you to decide if you should go for it or not. The XZ variant still remains our top pick.

Here’s the recap of all the variants and our recommendation. The XE variant’s attractive price tag will give you the best value if you’re only looking to buy the most affordable car with top-notch safety. The Altroz’ 5-star GNCAP safety rating is the benchmark in the segment. But since there’s no music system in this variant, you can consider getting the XE with Rhythm package.

The XM variant with or without any accessory pack is overpriced and offers the least value for money in the Altroz lineup. The XT variant offers all the basic features but if you’ve come this far, we’d suggest you stretch your budget and get the XZ variant instead. It’s an amazing value for your money as it gets a lot of features including some segment firsts. The XZ (O) and XZ Urban are only cosmetically different from the XZ so we’ll leave it to you to decide if you should get those or not. 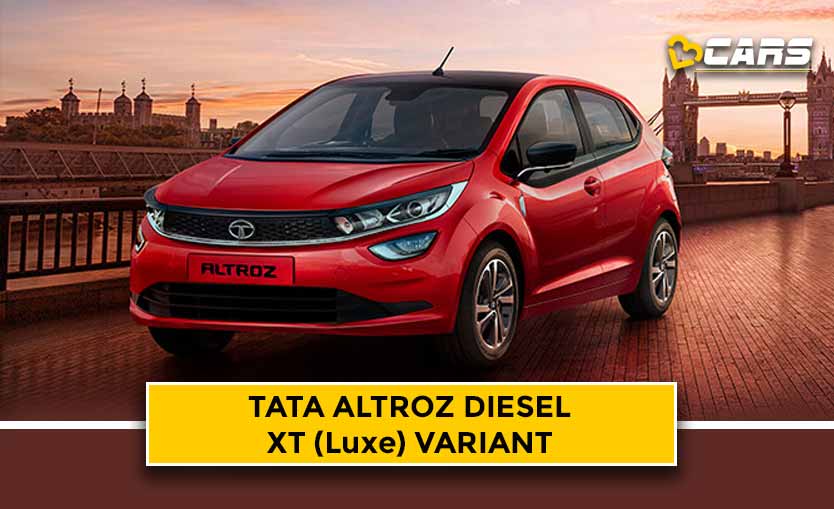