Hyundai is gearing up to launch the Alcazar SUV and it is expected to go on sale in June 2021 itself. While the launch is still a few days or weeks away, a pair of leaked images have revealed details about the SUV’s variants and colour options. 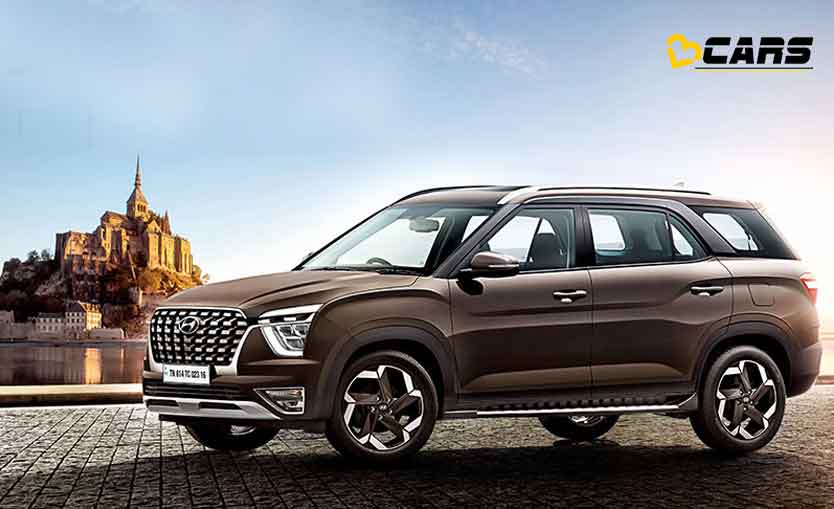 As per the leaked image, the Alcazar will be available in six variants: Signature, Signature(O), Prestige, Prestige (O) and Platinum and Platinum(O). Here are the details:

While we will have to wait for the official announcement to confirm the above-mentioned details, here is what we know about the upcoming Alcazar so for. The Alcazar will be offered two engine options including a 2.0-litre naturally aspirated petrol (159PS/191Nm) and a 1.5-litre diesel engine (115PS/250Nm). Both these engines will be offered with a 6-speed MT and a 6-speed torque converter automatic transmission. Hyundai has not revealed the fuel economy figures of the engines but claims that the Alcazar will have the best in class fuel economy.

The Alcazar will be offered with both 6-and 7-seater options. Confirmed features on offer include ventilated front seats, wireless charger for the second row and auto AC with dedicated AC vents for the 2nd and 3rd row. Other features that are expected to make way to the Alcazar include a panoramic sunroof, connected car tech, a 10.25-inch touchscreen infotainment system with Apple CarPlay and Android Auto, Bose sound system, digital instrument cluster, wireless mobile charging, electronic parking brake, LED headlamps, up to 6 airbags, front and parking sensors, a 360-degree camera, hill launch assist and electronic stability program.

Hyundai has not revealed the entire dimensions of the Alcazar but has confirmed it will have a wheelbase of 2760mm, 130mm longer than the Creta. It should result in better legroom for second-row of occupants. The Alcazar has boot space of 180 litres with all three rows up.

Prices of the Alcazar are expected to range from Rs 12 lakh to Rs 19 lakh. It will take on the likes of the Tata Safari and the MG Hector Plus.