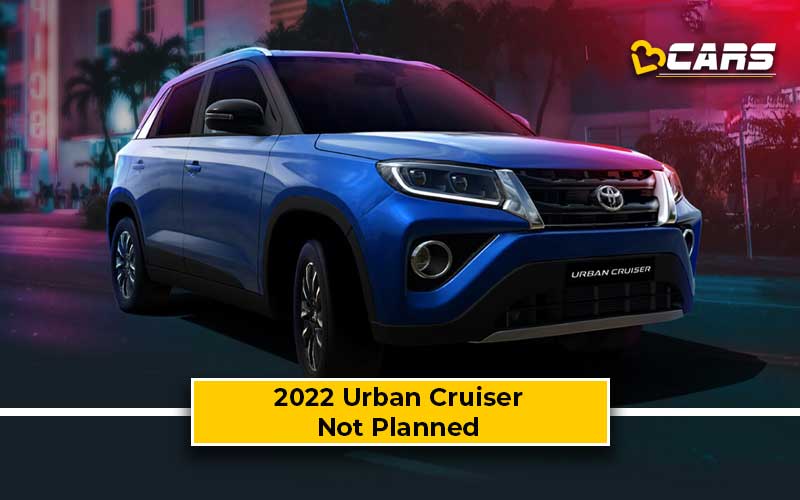 Speaking of Toyota Hyryder’s design, it will get a split LED headlight design. The LED DRLs will get chrome surrounds and merge with the signature Toyota grille. The main headlight will sit lower on the bumper in a rectangular cluster. The lower bumper also gets a criss-cross pattern whereas fog lamps are missing.

We are yet to get a look at the insides of the new Hyryder SUV. We expect the Hyryder to offer features like a head-up display, a large touchscreen infotainment system with wireless Android Auto and Apple CarPlay, an electric sunroof, a semi-digital instrument cluster and a 360-degree parking camera. We expect the Hyryder to offer the same features as Maruti Suzuki as the two SUVs are being built under collaboration. Moreover, Maruti Suzuki already offer features like a 360-degree camera and a head-up display in the Baleno while the sunroof is about to make its debut with the Brezza.

Toyota will reveal the India-spec Urban Cruiser Hyryder on July 1. We expect its launch to take place in the coming months, followed by the launch of the new-gen Maruti Suzuki Vitara. To know more about the upcoming Maruti Suzuki Vitara, tap on the link below.