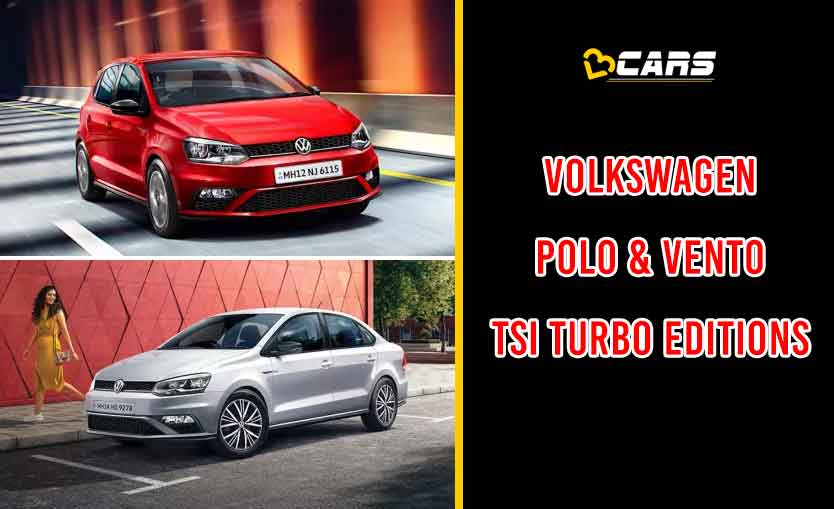 Before the introduction of the TSI Turbo Edition, the 1.0-litre TSI engine on Polo was limited to the Highline Plus and GT Line variants only. As a result, prices of the TSI-powered Polo has come down to 6.99 lakh from Rs 8.34 lakh (Highline Plus). For Vento, the Turbo Edition is the new base-spec variant priced at Rs 8.69 lakh, Rs 40,000 less than the Trendline which retails from Rs 9.09 lakh. Unlike Polo, the Vento gets 1.0-litre TSI engine as standard across the variant lineup.

It is to be noted that in the Turbo Edition, both the cars get a 1.0-litre TSI engine paired to a 6-speed MT only. While in the higher variants of both the cars, this engine is offered with a 6-speed torque converter automatic as well.