So you have decided to get the 2019 Tata Nexon with the BS4 petrol engine! Let’s break it down bit by bit to see which variant of the Tata Nexon petrol offers the best bang for the buck and why. But before we get down to dissecting the variants, let’s get an overview of the Nexon petrol’s prices, engine specs and dimension to see where it stands. The 2019 Tata Nexon BS4 petrol starts at Rs. 6.58 lakh and goes up to Rs. 9.39 lakh (ex-showroom) for the manual transmission variants. The Nexon petrol with an automatic transmission is priced between Rs. 8.09 lakh and Rs. 9.99 lakh. It’s available with a 6-speed manual and a 6-speed AMT automatic transmission. It’s the only sub-compact SUV in its class to get an AMT automatic with a petrol engine. The XUV300 and Honda WR-V don’t have one. Meanwhile the Ford EcoSport has 6-speed torque converter with its 1.5-litre normal petrol engine and the Hyundai Venue has a 7-speed dual-clutch automatic available with its 1.0-litre turbo petrol engine. In terms of fuel efficiency, it’s again not as spectacular as the Venue’s turbo petrol but also not as bad as Ford’s normal petrol engine. Especially the Ford’s gas guzzling automatic transmission causes severe damage to the EcoSport’s efficiency figure while the Nexon’s AMT doesn’t affect it one bit.

In terms of dimensions, the Nexon is very close to being the widest vehicle in its class. At 2498mm, it has the shortest wheelbase but the best ground clearance of 209mm. Together, those two things give it the best-in-class breakover angle to go over obstacles and tall speed breakers. It also has a very good boot capacity as well. To sum it up, it is the most SUV-ish crossover in the class of phoney SUVs.

The XE is the most affordable variant of the Tata Nexon and at Rs. 6.58 lakh. It’d have been the most affordable too had it not been for the Hyundai Venue’s E 1.2 variant. For that sum, it still packs a punch. For starters, it has a turbo petrol engine with 110PS of power while its closest rival, the Hyundai Venue only has a normal petrol engine with 83PS. The Nexon also has multiple driving modes (eco, city and sport) to alter the performance based on the situation. Other features of the XE variant include 2 front airbags, ABS, ISOFIX child seat anchors, rear parking sensors, MID, front power windows, umbrella holders, body-coloured bumpers and door side cladding for scratch protection. Besides these, it also has the best-in-class ground clearance, which comes with choosing the Nexon over its rivals. The XE variant of the 2019 Tata Nexon BS4 petrol is a great package for the price. It just needs a day/night inside mirror, which you can purchase from Tata dealer for about Rs. 1,000. It’s a shame Tata didn’t include it in a car costing Rs. 7.0 lakh on-road. However, we can also forgive Tata for this sin as it’s a simple and straightforward install that doesn’t cost a bomb.

The XM variant adds Rs. 90,500 to the Nexon’s ex-showroom price. For that sum, you get, a 4-speaker Harman music system with Bluetooth and USB, electrically-adjustable outside mirrors, rear power windows, remote central locking and wheel covers. You don’t have to be a mathematician to figure out that Rs. 90,000 is way too much for what you’re getting with the XM variant. So, let’s just get it out of the way and say outright that this is not recommended.

The premium you pay for the AMT automatic transmission is a bit sane at Rs. 60,000. But it doesn’t wash off the bitter taste left by the overpriced XM variant. Goes without saying that you’re not getting Rs. 1.51 lakh worth of goods by jumping from XE manual to XM automatic. But if you absolutely need the Nexon with an automatic transmission, then this is the most affordable variant. The Kraz variant of the Tata Nexon is based on the XM trim and costs Rs. 7.58 lakh - Rs. 10,000 more than the XM manual variant. So, in addition to all the features of the XM, the Kraz variant also gets black body colour, dual-tone roof, orange accents in wheel covers, front grille, seat covers and AC vents, orange outside mirrors and glossy black dashboard. If you want your Nexon to stand out then this is the one to get. It gets exclusive black colour and orange accents, which look nice but not nice enough to be worth Rs. 1.0 lakh over the XE variant.

The Kraz Plus is the automatic variant of the Kraz and at Rs. 8.18 lakh, it’s Rs. 60,000 more expensive than the Kraz manual. This is again for those who want a Nexon petrol automatic and want it to stand out. But it’s not worth the premium Tata is charging for it. Compared to the XE variant, you’re paying Rs. 1.6 lakh more but not getting enough features to justify the premium.

While discussing the XE variant a few paragraphs ago, we mentioned that it doesn’t have a day/night inside mirror even though it’s quite an expensive car. And that you should get one - it’s just Rs. 1,000. Guess what! You’ll have to do that even with the XT Plus variant. Something as basic, cheap and simple yet important as day/night inside mirror is reserved only for the XZ and XZ Plus variants. Imagine paying close to Rs. 9.0 lakh on-road and having to spend on a 1,000 rupee day/night mirror!

What you do get for Rs. 8.17 lakh (ex-showroom) with the XT Plus are projector headlamps, LED DRLs, fog lamps, 4 extra speakers, rear AC vents, cooled and illuminated glovebox, body-coloured door handles and outside mirrors and rear parcel tray. We don’t think these features justify spending almost Rs. 60,000 on top of an already overpriced XM variant.

The XZ variant of the 2019 Tata Nexon BS4 diesel costs Rs. 8.57 lakh. It’s Rs. 40,000 more expensive compared to the XT Plus variant. It adds a 7-inch touchscreen infotainment system with Harman Kardon audio, Apple Carplay, Android Auto and day/night inside mirror (finally). While the cost of upgrading from XT Plus to XZ is modest at just Rs. 40,000, the list of features is more so. A touchscreen music system is the only major addition to the XZ variant. You can get it from the aftermarket and save some money instead of spending Rs. 40,000 for the XZ trim. So, this one is again not a recommended variant of the Tata Nexon petrol.

The jump from XZ to XZ Plus is anything but modest and costs a whopping Rs. 83,000. For that money, the XZ Plus adds a rear defogger, front and rear armrests, 60-40 split rear seatback, automatic AC, keyless entry with push-button start/stop, dual-tone roof and 16-inch alloy wheels. Is it good enough to differentiate the XZ Plus from the XZ variant? You bet it is. But is it worth Rs. 83,000? Definitely, not.

It’s another variant of the Tata Nexon that doesn’t even come close to beating the value-for-money quotient of the XE variant.

Similarly, the Tata Nexon XZA Plus automatic variant fails to justify its asking price of Rs. 10.0 lakh and is therefore not a great value for money pick.

Which one is best Tata Nexon Petrol Variant ?

The 2019 Tata Nexon BS4 petrol engine seems to offer incredible value with a starting price tag of Rs. 6.58 lakh for the XE variant. It gets a powerful turbo petrol engine with multiple driving modes and best-in-class ground clearance of 209mm.

Beyond that, the incremental price increase just doesn’t align with the features that are added to each subsequent variant. By the time you get to the XZ Plus variant, you’ve added Rs. 2.81 lakh to the ex-showroom price along and more to the on-road cost. But, the features you get with the XZ variant don’t even come close to justifying that premium. So, if you’re looking to buy the most value for money variant of the 2019 Tata Nexon BS4 petrol, look no further than the XE variant. Add the accessories you can and just live without those that you can’t. Or, consider the petrol Hyundai Venue S 1.2, which is a great value for money option in its class. 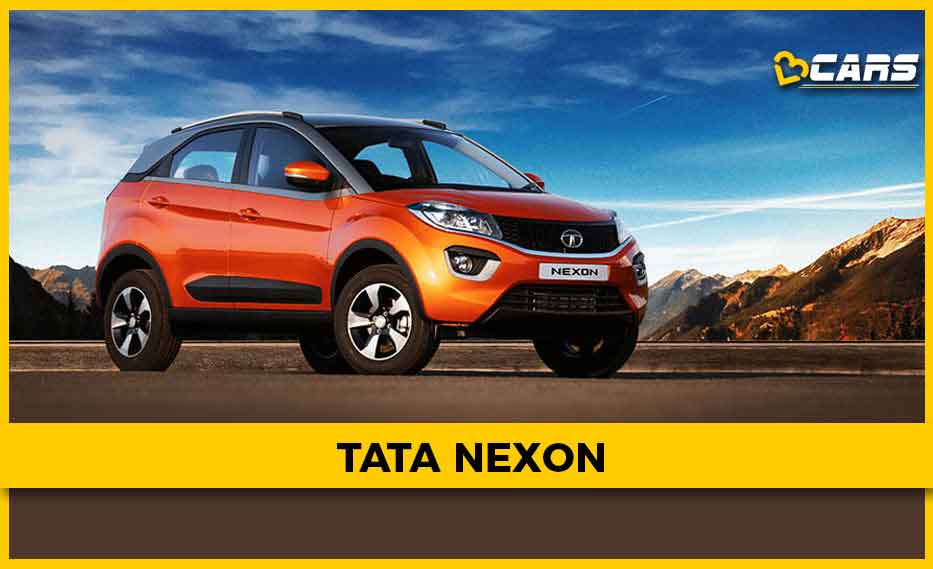