With the introduction of BS6 emission norms in the country, Mahindra stopped selling some of the models like the Bolero, Marazzo, Thar and the TUV300. While the carmaker has already reintroduced the BS6 versions of the Bolero, Marazzo and the new Thar, it is yet to launch the updated TUV300. Now, it seems like the sub-4m SUV will go on sale soon as it was spotted testing recently. 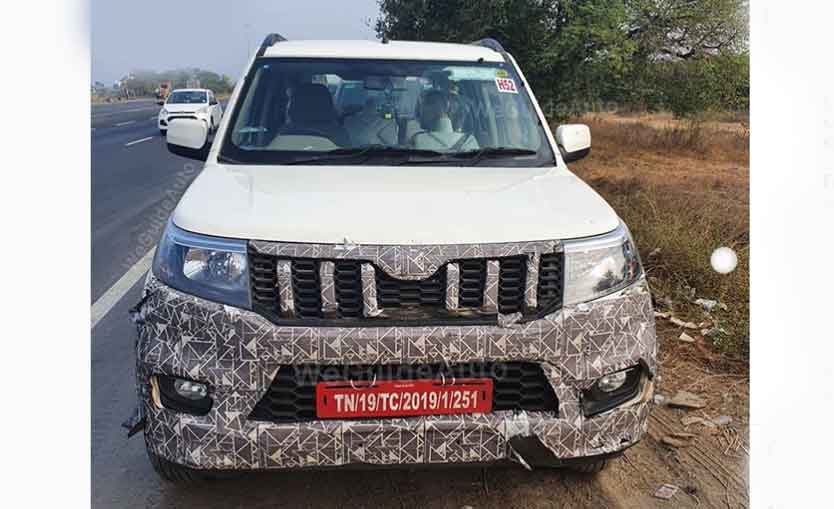 Although the test mule was camouflaged, it is possible to identify an updated front fascia with a new grille and a redesigned bumper. The side and rear profile, however, remains unchanged. The test mule spied is the T10 variant, but it may not be the top-spec variant as it misses out on projector headlamps. The BS4 TUV300 was equipped with projector headlamps.

Under the hood, the TUV300 is likely to be powered by the BS6 version of the same 1.5-litre diesel engine that was on offer before. It used to make 100PS of maximum power and 240Nm of peak torque, and was mated to a 5-speed manual transmission. While the BS4 TUV300 was offered with a 5-speed AMT as well, it remains to be seen if the automated transmission will make its way to the BS6 version.

Mahindra is expected to launch the BS6 TUV300 in the coming weeks. It will attract a premium over the BS4 variant which was priced between Rs 8.54 lakh and Rs 10.55 lakh (ex-showroom). The TUV300 will rekindle its rivalry against the likes of the Mahindra XUV300, Maruti Vitara Brezza, Tata Nexon, Hyundai Venue, Kia Sonet, Ford EcoSport and the upcoming Nissan Magnite and Renault Kiger. Along with the TUV300, Mahindra might introduce the updated version of the TUV300 Plus as well.