Force Motors has confirmed that it will launch the new-generation Gurkha in the next quarter (July 2021 to September 2021). Replying to a user on Twitter, the carmaker said “The All-New Gurkha is expected to hit the roads next quarter.” 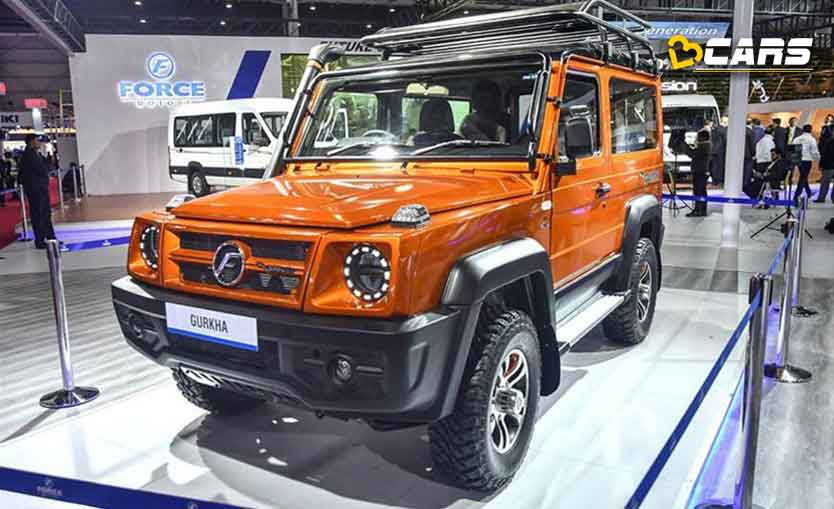 The SUV made its debut at the 2020 Auto Expo and since then it has been spotted testing on multiple occasions. From what we have identified from the spy shots, the production-spec Gurkha looks similar to the SUV showcased at the Auto Expo.

Talking about the design, while the new Gurkha retains its G-Class-inspired design, the carmaker says every panel on the SUV is brand new. Upfront, it gets new circular LED headlamps with integrated LED DRLs flanking the bigger single slate grille which is now body-coloured. The front bumper is also chunkier and houses circular fog lamps.

Coming to the side, it continues to get squared-off wheel arches with a thick cladding. However, while the previous-gen model had two windows at back, the new Gurkha gets one big window that too with fixed glass. While the SUV showcased at the auto expo was a 3-door variant, the new Gurkha is likely to be offered in a 5-door avatar as well. Similarly, at the back, the three-part rear windscreen is replaced by a single-piece pasted windscreen. The tail lamps have also moved up from the bumper and are now vertically placed instead of the horizontal units on the previous-gen model. That said, it continues to get the tailgate-mounted spare wheel.

On the inside, the new Gurkha gets a completely redesigned cabin with a dual-tone black-brown finish. However, it still looks very primitive and old. That said, the new Gurkha does get some modern features like LED headlamps, power windows, dual front airbags, ABS with EBD, a touchscreen infotainment system, alloy wheels and rear parking sensors.

Under the hood, the new Gurkha will be powered by a 2.6-litre diesel engine that makes 90PS and 260Nm paired to a 5-speed MT. Force might also introduce the more powerful 140PS/321Nm 2.2-litre diesel engine on the Gurkha at a later stage. That said, the new Gurkha will continue to get a 4X4 drivetrain with a low-range transfer case and manual front and rear locking differentials.

The new Gurkha is set to go on sale in the coming few months. It is expected to be priced higher than its predecessor which was priced from Rs 9.99 lakh to Rs 13.30 lakh (ex-showroom Delhi). Even with the price hike, the new Gurkha will undercut its arch-rival, the Mahindra Thar, which retails from Rs 12.11 lakh to Rs 14.16 lakh (ex-showroom Delhi). For this extra price, the new Thar gets a lot more features, more powerful engines and an option of automatic transmission with both petrol and diesel engines.