Hyundai is all set to launch the third-gen i20 in India in the coming few weeks. And while we have already seen the new hatchback in spy shots, Hyundai has now officially teased new i20 confirming the new design. Around the back, it gets new wrap-around triangular tail lamps which are connected by a thin chrome strip.  The i20’s rear has a resemblance to that of the Altroz, especially because of the blacked-out upper half of the tailgate. The teaser spy shots also reveal i20’s new alloys diamond-cut finish and wide ORVMs.

On the inside, the i20’s cabin layout looks similar to that of the Grand i10 Nios but features various premium and unique elements. It gets connected AC vents and a free-standing 10.25-inch touchscreen infotainment system sitting next to the instrument console housing. The i20’s cabin also gets a uniquely styled central console and a new steering wheel which we have already seen on the new Creta and the Venue iMT.

On the features front, the new i20 will be equipped with features like up to 6 airbags, ABS with EBD, rear parking sensors, ISOFIX child seat anchors, a 10.25-inch touchscreen infotainment system with Apple CarPlay and Android Auto, digital instrument cluster, wireless charging, auto AC with rear AC vents, connected car tech and an electric sunroof.

The new i20 is expected to go on sale in the first week of November. Prices are expected to range from Rs 6 lakh to 10 lakh. It will take on likes of the Maruti Baleno, Toyota Glanza, Honda Jazz, Volkswagen Polo and the Tata Altroz. 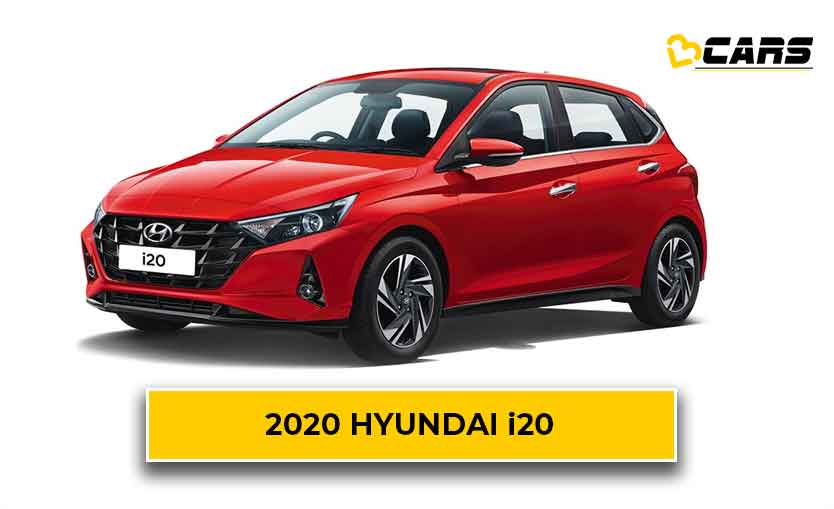