Toyota debuted Innova Crysta facelift for Indonesia in October 2020. Now, the carmaker is gearing up to launch the updated model in India as well. Some Toyota dealers across the country are already accepting pre-launch bookings for the updated MPV. 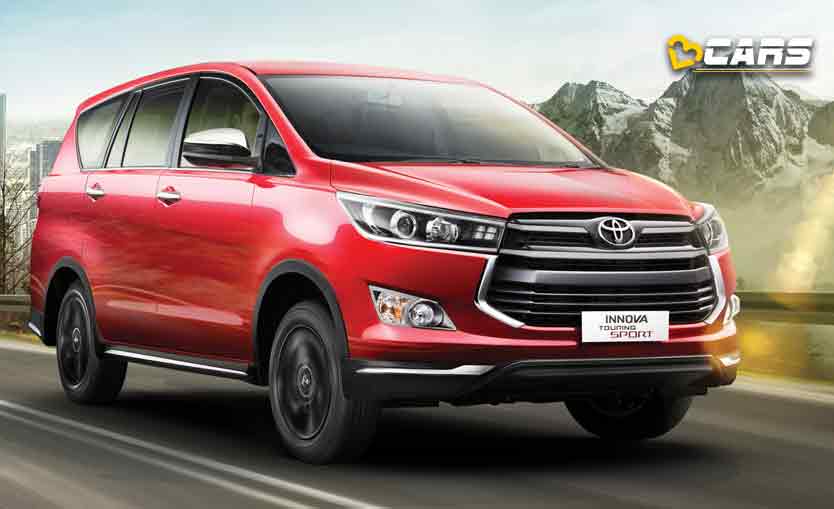 Although we have already done a story with all the known details of the upcoming SUV, here is a quick refresh.

Since it is a facelift, the updated Innova Crysta looks largely similar to the outgoing model but with some minor updates. Up front, the MPV features a new chrome lined trapezoidal grille which is a tad bigger than before. The headlamps remain unchanged but get chrome extensions that flow into the front grille. It also gets a redesigned front bumper with updated fog lamps and a blacked-out lower section with a faux skid plate.

The side profile is unaltered, but there’s a new set of alloy wheels. At the back, the only visible change is the black hexagonal trim element in the centre of the tailgate housing the number plate and connecting the LED tail lamps.

On the inside, the basic layout of the cabin is unchanged. It features minor updates like a slightly tweaked instrument cluster and an all-black cabin. The India-spec model, however, is expected to get a lighter theme for the cabin.

In the higher variants, the facelifted Innova Crysta is expected to get a 9-inch touchscreen infotainment system with Apple CarPlay and Android Auto. It will replace the 7-inch unit found on the India-spec pre-facelift Innova. The updated model’s feature list is unconfirmed, but it is likely to get 7 airbags, auto AC with rear AC vents, LED projector headlamps, optional captain seats, push-button start, parking camera, ABS with EBD, hill launch assist, electronic stability program and ISOFIX child seat anchors

Under the hood, then facelifted Innova Crysta should carry forward the same set of engines as the outgoing model. The pre-facelift Innova Crysta gets a 2.4-diesel engine making 150PS and 343Nm (360Nm with automatic) of peak torque. The petrol engine, on the other hand, is a 2.7-litre unit making 166PS and 245Nm. Both the engines get a 5-speed manual transmission and a 6-speed torque converter automatic.

Toyota is expected to launch the Innova Crysta in India by December 2020. It is expected to be launched at a slight premium over the current model which retails from Rs 15.66 lakh to Rs 23.63 lakh (ex-showroom Delhi). The Innova Crysta facelift will continue to rival the likes of the Mahindra Marazzo and the Kia Carnival. Opinion — Are Paddle Shifters In Budget Cars Like Ertiga And XL6 Really Useful?