Kia has revealed the near-production-ready version of the Sonet sub-4m SUV, which will probably go on sale in September. The specifications are still under wraps but Kia has confirmed that the Sonet will get a diesel-automatic powertrain. Besides the Venue, all other Kia and Hyundai cars, which use the 1.5-litre diesel engine get the option of a 6-speed torque converter automatic transmission. Apart from this powertrain, we expect the Sonet to get all the engine-transmission combinations of the Venue. 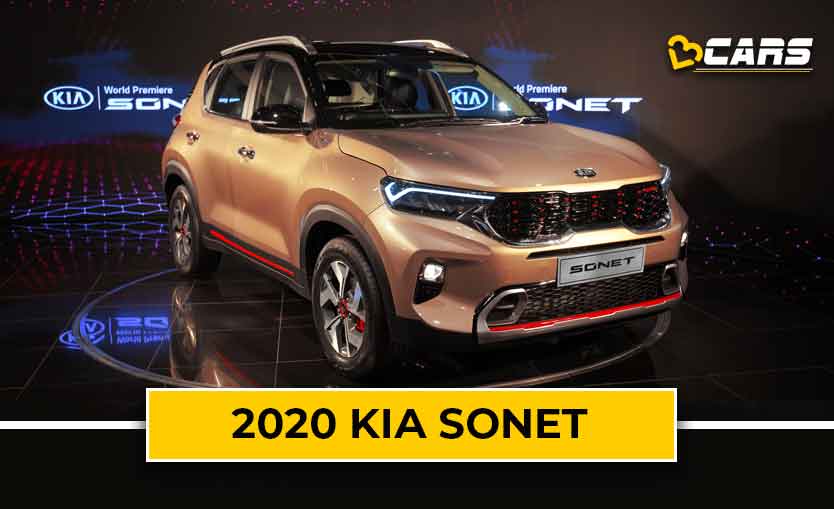 The Sonet will get the same diesel engine as the Venue. It’s a 1.5-litre 4-cylinder engine, which makes a maximum power of 100PS and peak torque of 240Nm. The Venue gets this engine with a 6-speed manual transmission. Besides the manual transmission, we expect the Sonet diesel to get a 6-speed torque converter type automatic transmission.

Apart from the diesel engine, the Sonet will also get a 1.2-litre normal petrol engine and a 1.0-litre turbo-petrol engine. The turbo-petrol engine will come with the same 6-speed auto-clutch manual transmission (ACMT), which is also available with the Venue turbo. Hyundai and Kia call it the iMT and it doesn’t get a clutch pedal, but the driver has to slot gears manually.

Apart from the Venue, the Sonet will rival the Tata Nexon, Maruti Suzuki Vitara Brezza, Mahindra XUV300, Ford EcoSport and Honda WR-V. Mahindra XUV300 and Tata Nexon are the only other B2-segment SUVs with a diesel engine and an automatic transmission.  Both these cars get an AMT-type automatic transmission. The Maruti Suzuki Vitara Brezza is the only car in this segment without a diesel engine. We expect the Sonet to cost between Rs 7.0 and 12.0 lakh.