Hyundai has unveiled the 2021 Kona EV facelift. It looks similar to the IC-powered Kona facelift that debuted in September 2020. It is now bigger, features a new design and gets a slightly longer range. The 2021 Kona EV gets a redesigned front end with sleeker headlamps and new DRLs. It also gets a new bumper with a horizontal slats in the central dam and vertical air vents on the side. The side profile looks bulky with body-coloured wheel arches. At the back, the facelifted Kona EV looks similar to the pre-facelift model with slightly updated split tail lamps and a redesigned rear bumper.

In terms of dimensions, the Kona EV facelift is 25mm longer but remains unchanged when it comes to width, height and wheelbase.

On the inside, the basic layout remains unchanged, but the updated model it gets bigger 10.25-inch screens for the digital instrument cluster and infotainment system, which is equipped with Hyundai’s Bluelink connected car tech. With the help of the Bluelink app, the driver can start/stop charging at the push of a button. Another feature that has been introduced on the Kona EV facelift is ambient lighting for front footwells.

Like the outgoing model, the facelifted Kona EV is also available with 64kWh and 39.2kWh battery pack options. While power and torque figures remain unchanged at 204PS (136PS for  39.2kWh) and 395Nm, both the versions now get increased claimed range, courtesy of new tyres. The 39.2kWh variant now has a claimed range of 305km as per the WLTP cycle (Worldwide Harmonised Light Vehicles Test Procedure), an increase of 5km over the outgoing model. Meanwhile, the 64kWh variant sees an increase of 14km with the WLTP-certified range of 484km. As per ARAI, the Kona EV has a claimed range of 452km, so expect the facelifted Kona EV to have a range of around 460km.

With the facelift, Hyundai has also introduced some safety features on the Kona EV. It gets blind-spot collision avoidance assist, rear cross-traffic alert, leading vehicle departure warning, safe exit warning and front collision warning. None of these features are expected to make way to the India-spec Kona EV facelift.

Hyundai is expected to launch the facelifted Kona EV in India by the end of 2021. Currently, the Kona EV is priced from Rs 23.76 lakh to Rs 23.94 lakh (ex-showroom Delhi). It competes with the MG ZS EV. 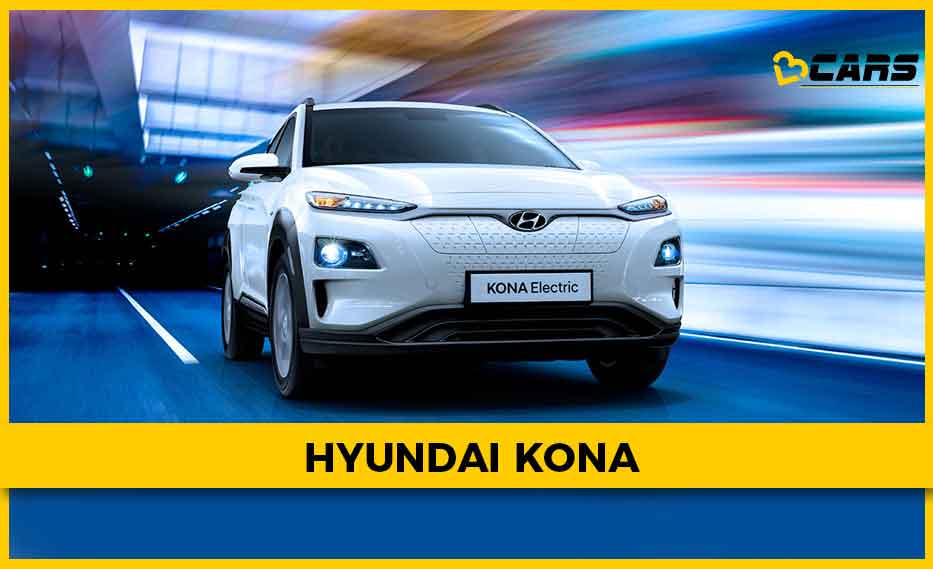