Earlier this year, Jeep confirmed that it is working on a 7-seater SUV for India. Codenamed the H6, the carmaker confirmed that the SUV will go on sale in 2022. While the SUV has already been teased ahead of its debut in the Brazilian market, it was spied testing recently. Upfront, the 7-seater looks quite similar to the India-spec Compass facelift but features redesigned headlamps and a new front bumper with a large central air dam flanked LED DRLs. The 7-slat front grille with honeycomb finish inspired by the 2021 Grand Cherokee L.

At the back, while the tailgate design should be similar to the Compass, it gets slightly updated tail lamps and a redesigned rear bumper. While the spy shots do not reveal anything about the interior of the upcoming SUV, it is expected to be similar to the facelifted Compass save for an additional row of seats. Jeep might also offer the H6 SUV in the 6-seater layout with a set of captain seats in the second row.

Under the hood, the H6 is expected to get the same 2.0-litre diesel engine as the Compass but in a higher state of tune. Producing around 200PS against the Compass’ output of 170PS and 350Nm. Transmission options are expected to include a 6-speed MT and a 9-speed automatic. While the Compass is offered with a petrol engine, Jeep may not offer it with the larger SUV.

While the Jeep has not yet confirmed a production name for the 7-seater SUV but the teaser suggests it might be called the Commander, at least in the Brazilian market. However, it won’t be called the Commander in India as Mahindra owns the trademark for the name. Mahindra used to sell an SUV named Commander back in the 1990s. Rumours suggest that Jeep might call the 7-seater SUV ‘Patriot’ as the carmaker already owns the trademark for the name. Jeep might also choose to give the H6 SUV a completely new name. With the launch scheduled for 2022, Jeep will manufacture the 7-seater SUV at its Ranjangaon facility. Since it will be based on a Monocoque chassis as the Compass, it will take on likes of the Volkswagen Tiguan Allspace and the upcoming Kodiaq facelift. 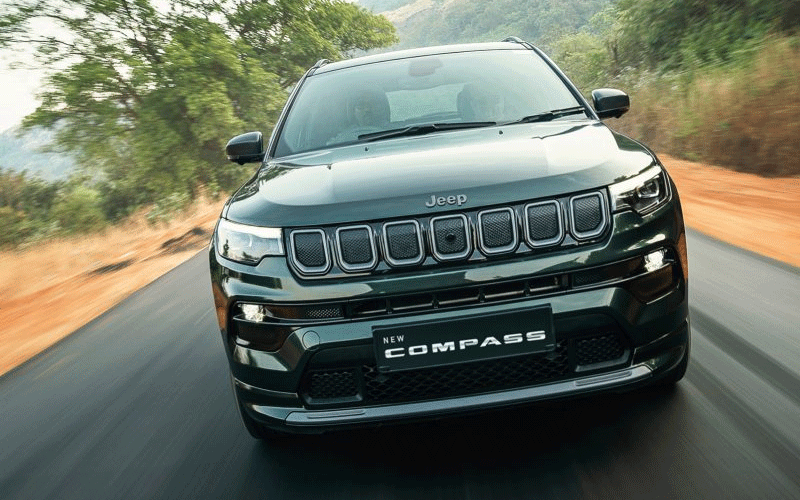