Japanese auto major Honda is preparing to resurrect its globally acclaimed Civic moniker in India with the launch of the latest iteration of the sedan. The 10th generation Honda Civic sedan has been a highly awaited launch in the car market of India. The Civic is set to start its second innings in India within the first quarter of this year. Ahead of its impending India launch, the car has been recently spied undergoing emission testing.

The latest generation Honda Civic will be marking the return of the Civic moniker in India after a hiatus of more than 5 years, after it was discontinued due to poor market performance. The current-gen model made its debut in India at the 2018 Auto Expo. The 10th generation Civic has already received its mid-life refresh in the global markets, and this is the model we are supposed to get in our market sometime in February, 2019.

The new Honda Civic flaunts a very sporty, sharp and contemporary styling which is a big leap from the previous-gen model, and is also based on a new platform. The model gets a patent thick chrome slat front grille flanked by highly stylized LED headlights along with very attractive LED Daytime Running Lights that further enhances the car’s good looks. The sedan also gets boldly designed sharp bumpers and prominent bonnet design. The 10th generation Civic gets its sporty look that it was originally meant to have, but was later known as a very conventional looking model that bordered on bland. The new model also features a sloping roof line that seamlessly amalgamates with the high boot, which offers it a notchback sort of visual appeal. The rear design of the car is again very sporty which flaunts eye-catching boomerang shaped LED tail light that are placed high on the rear façade along with a sculpted rear bumper and boot lid design.

When the cabin of the current generation Honda Civic sedan is concerned, in the international markets it is packed very well with impressive features. For the Indian car market, it is expected to offer equipments and techs which are similar to what is offered by the City sedan and the new generation CR-V SUV. The sedan will get a centre console that is dominated by a crisp and premium 7 inch capacitive touchscreen integrated infotainment system, black & beige interior colour scheme, leather seat upholstery and climate control among many others.

In terms of the under the hood mechanical specifications, the new Honda Civic premium sedan will be available in India in both petrol and diesel engine choices this time around. Its petrol version would be packing in a 1.5L VTEC turbocharged petrol mill that offers a maximum power of 180 bhp and 240 Nm of peak torque, while a 1.8L naturally aspirated engine option should also be there that generates 139 bhp along with 174 Nm. On the other hand, the diesel version of the car is likely to be equipped with a 1.6L i-DTEC turbocharged oil burner that is good to deliver 198 bhp and 300 Nm. The engines would be coming paired with a transmission choice of a 6 speed manual, a 9 speed automatic and a CVT unit. 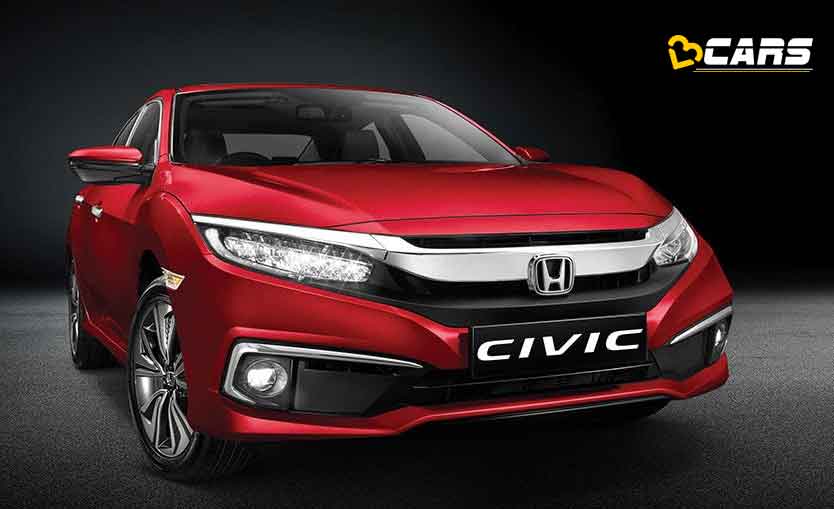