After the recent reveal of the Tigor EV, Tata Motors are gearing up for the launch of their second electric vehicle for the personal passenger vehicle buyers. Tata Motors will announce the prices, variant-wise features and the driving range per charge of the Tigor electric on August 31. Other than these bits of information, we know pretty much everything about this car. So, let’s get you up to speed. The Tigor EV gets a 75PS electric motor with 170Nm of torque. This torque output is on par with Nexon turbo petrol but the immediate delivery of this torque at low speeds will make the Tigor EV feel like it’s even faster off the line.

Compared to the commercial version of the Tigor electric, the Xpres-T, the Tigor EV makes 34PS more power and 65Nm more torque. The Tigor EV’s 26kWh battery is also about 20% larger than the Xpres-T.

However, some leaked images of the instrument cluster hint at a 300km+ range for the Tigor EV.

The Tigor EV is identical to the regular Tigor in dimensions. The only difference could come in boot space and ground clearance. The Tigor electric uses the spare wheel well to store the batteries. So, the spare wheel sits in the boot. This leaves 316 litres of boot space. However, you have the option to remove the spare wheel, which will give you 375 litres of storage capacity. It’s worth noting that this is still 44 litres less than the petrol Tigor. 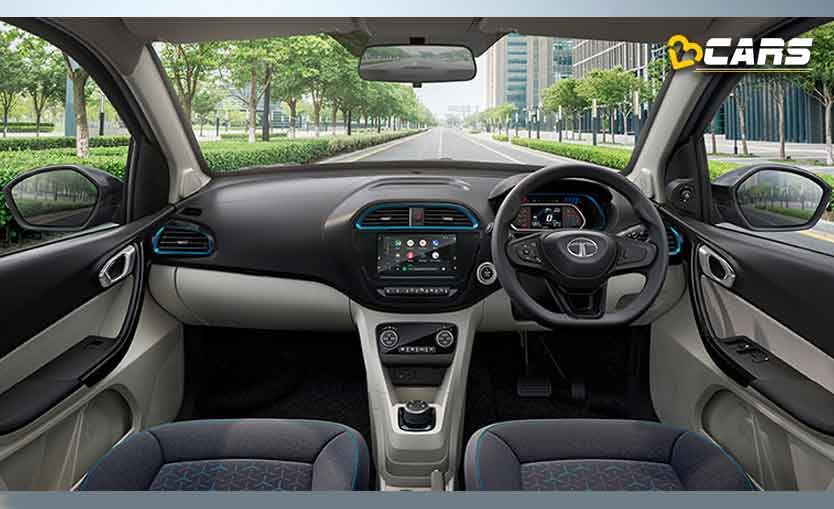