Tata Motors today revealed the Tigor EV with the new design. Unlike the commercial version, which is now rebranded as Xpres-T, the passenger version will continue with the Tigor EV name. You can reserve a Tigor EV for Rs. 21,000. The most notable change in the Tigor EV compared to the regular Tigor is the teal colour option. This colour gives a huge visual differentiation and will make the Tigor EV easily identifiable on the road. The teal accents spill over to the ‘grille’ area, wheels, AC vents, instrument cluster and upholstery. The Tigor EV gets a 75PS electric motor with 170Nm of torque. This torque output is on par with Nexon turbo petrol but the immediate delivery of this torque at low speeds will make the Tigor EV feel like it’s even faster.

Compared to the commercial version of the Tigor electric, the Xpres-T, the Tigor EV makes 34PS more power and 65Nm more torque. The Tigor EV’s 26kWh battery is also about 20% larger than the Xpres-T.

The Tigor EV will remain identical to the regular Tigor in dimensions. The only difference could come in boot space and ground clearance. The Tigor electric uses the spare wheel well to store the batteries. So, the spare wheel sits in the boot. This leaves 316 litres of boot space. However, you have the option to remove the spare wheel and increase it to 375 litres. It’s worth noting that this is still 44 litres less than the petrol Tigor. 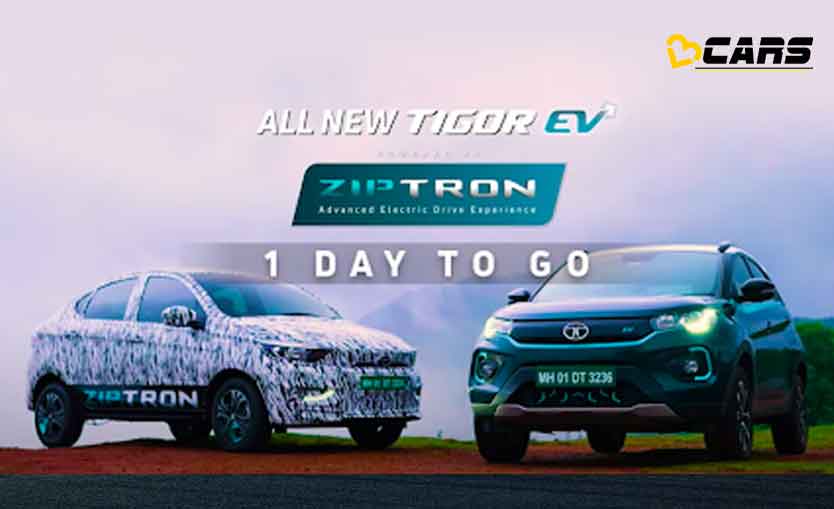