Toyota Hilux Spotted On TVC Shoot Ahead Of Launch

Toyota Hilux Spotted On TVC Shoot Ahead Of Launch

Toyota Hilux is one of the most anticipated cars to launch in the Indian market. Some images of the Hilux surfaced while on a TVC shoot in Gurugram ahead of its launch in January 2022. Toyota updated the Hilux for the international markets last year with a new design and better features. To keep the costs in check, Toyota will locally assemble the Hilux. The Hilux will compete with the Isuzu D-Max V-Cross. 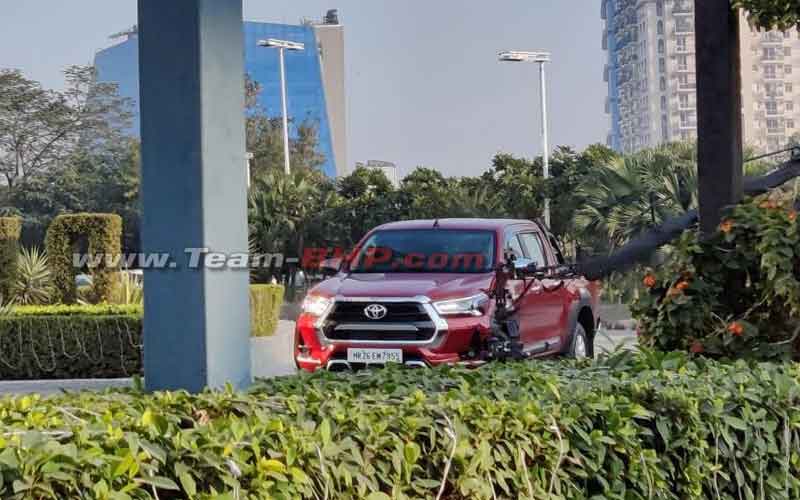 We expect the Hilux to come with two engine options - a 2.4-litre diesel and a 2.8-litre diesel. Both the engines may retain the same state of tune as that of the Innova and Fortuner. The 2.4-litre diesel engine will churn out 150PS and 400 Nm of torque, mated with either a 6-speed MT or AT. The 2.8-litre engine, on the other hand, will offer 204PS and 500 Nm of torque. The Hilux may offer the latter only with a torque converter gearbox with an exclusive 4WD. Unlike the international markets, Toyota will offer the Hilux in dual-cab variants only. As we can see in the pictures, Toyota have used a generous amount of chrome embellishments on the truck to gel it with Indian taste. On the design’s front, the Hilux gets a bold chrome grille with large surrounds, multi-spoke alloy wheels, bumper chrome surrounds, side body cladding and side steps. Some strong rumours suggest that Toyota may offer the Hilux in two trim levels - Standard and Hilux Reo. Toyota will offer the Hilux with multiple features like touchscreen infotainment with Android Auto and Apple CarPlay, LED headlights and taillights, drive modes, keyless entry, push-button start and many more. We expect Toyota to launch the Hilux in India around January 2022. The prices of the Hilux may fall in the region of Rs. 28 - 35 Lakh ex-showroom.