In recent years, safety has become quite an important aspect that you are looking at while buying a new car. It’s safe to say that Indian carmakers, Tata and Mahindra, are leading the charge in this regard. Investing in safety and promoting it right is putting pressure on other car manufacturers to up their game and offer equally competent cars. Tata maintains a clear lead among cars under Rs. 10 lakh (ex-showroom) price band and has 4 cars on this list. However, Mahindra leads the pack with the best score ever for a car under Rs. 10 lakh. The XUV300 is also the only car on this list with rear disc brakes. These should also help avoid an accident in the first by dropping strong anchors on all four corners. However, the choices are rare here as you only have 3 options to choose from without blowing through the Rs. 10 lakh (ex-showroom) budget. Next on the list is the Tata Altroz. This premium hatchback from Tata proves that you dont need an SUV to achieve a better safety score. The Altroz got a 5-star adult safety rating with a score of 16.3 out of 17, while its child rating stands at 3 stars with a score of 29 out of 49. The next car on the list is again from Tata Motors. The Nexon tested by the GNCAP was a pre-facelift model, but the updated Nexon also uses the same chassis. So, we can expect the same result from the new Nexon. The Volkswagen Polo with 2 airbags scored 12.54 for adult safety and 29.91 for child safety. Its combined safety rating for adult and child occupants stands at 4 stars and 3 stars, respectively. GNCAP tested this car way back in 2014, but the Polo continues to use the same frame and body shell and keeps its safety score intact. Next up, we have the Tata Tiago and Tigor. These cars use the same frame and carry a score of 12.52 for adult safety and 34.15 for child safety. The final safety rating of the Tiago and Tigor is 4-star for adults and 3-star for children. On the 6th spot, we have the Maruti Suzuki Arena Vitara Brezza and its rebadged cousin, the Toyota Urban Cruiser. In the GNCAP tests, the Vitara Brezza scored a respectable 12.51 points out of 17 for adult safety and a barely acceptable 17.91 points out of 49 for child safety. The overall safety rating for these cars stands at 4 stars for adults and 2 stars for children.

Here are the prices of the Toyota Urban Cruiser variants under Rs. 10 lakh: 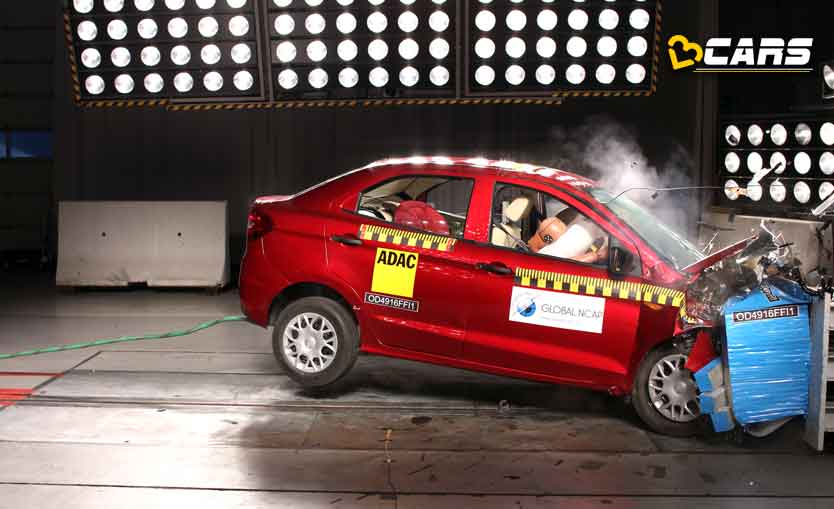 The Freestyle also uses the same frame as the Figo and Aspire, so it may also have a similar safety score. As we get closer to the end of the list, we enter the sub-10 point score vehicles. The Ertiga and XL6 twins are the first ones with a score of less than 10 for adult safety. However, it managed to score 9.25 points out of 17 for adult safety and 17.75 out of 49 for child safety for a final tally of 3 in both categories.

Here are the prices of the Maruti Suzuki Nexa XL6 variants under Rs. 10 lakh: Finally, we have the age-old Renault Duster with 9 points and 17.75 points for adult and child safety, respectively. The Duster’s GNCAP rating stands at 3 stars for adults and 2 stars for children.

Once again, you have limited choices if you don’t stretch your budget as only 1 variant fits under Rs. 10 lakh.