In this variant explained article, you'll find out which variant of the Tata Tiago petrol you should buy based on the ex-showroom prices, variant-wise features and value for money. Here we compare and objectively analyse the 2022 Tiago's petrol variants and the features to figure out which variant is worth buying for a good value for money and ownership experience. Then we will compare the engine specs, dimensions and mileage of the Tata Tiago with its competitors and other petrol-powered B1-segment hatchbacks like Maruti Suzuki Swift, Nexa Ignis and Hyundai Grand i10 Nios. Updated: Tata Motors recently updated the prices of the Tiago petrol, discontinued the XZ variant and added a new XT Rhythm pack. They also moved some features from the XZ Plus and XTO to the XT variant. This article includes the latest prices and buying recommendations for the Tiago petrol variants based on the current feature distribution.

What Are The Pros And Cons Of Tata Tiago Petrol?

The pros or advantages of Tata Tiago petrol are:

The Tata Tiago petrol has the following shortcomings or problems:

What Is The Price Of Tata Tiago Petrol Variants?

The Tata Tiago petrol is available in 4 main variants with prices starting from Rs. 5.40 lakh for the XE manual. XZ Plus is the top variant of the Tiago petrol and it costs Rs. 6.83 lakh (ex-showroom) with the manual transmission. The Tiago petrol is also available with an AMT automatic in the XT and XZ Plus variants, which cost Rs. 6.70 lakh and Rs. 7.38 lakh, respectively. The automatic transmission carries a flat Rs. 55,000 premium over the petrol-manual variants.

The top XZ Plus variant is also available with dual-tone exterior colour option for an additional Rs. 9,000.

The base model of the Tata Tiago petrol costs Rs. 5.40 lakh and it’s only available with a petrol-manual powertrain. It gets some notable features like:

This variant misses out on some key features like:

Because of these critical missing features, we won’t recommend buying this variant even to budget buyers.

The Tata Tiago XTO petrol costs Rs. 5.85 lakh, which is Rs. 45,000 more than the XE. The XTO variant of the Tiago petrol is also available with a manual transmission only. For the additional price, this variant adds the following features:

The XTO petrol variant of the Tiago almost completely justifies the incremental price gap. So, you’re not compromising on value, but it doesn’t get a music system. If you are okay with adding an aftermarket music system, then the XTO is a fantastic option for budget buyers as it gets most of the must-have features.

The Tata Tiago XT petrol variant costs Rs. 6.15 lakh, which is Rs. 30,000 more than the XTO petrol-manual. For an additional Rs. 55,000, you can also get the Tiago XT petrol with the AMT automatic transmission and it has an ex-showroom price of Rs. 6.70 lakh.

This is the most affordable variant with an automatic transmission. For most budget buyers, who don’t want to fiddle with aftermarket accessories, the XT variant is an ideal choice. The jump to the next variant is also quite high. So, budget buyers can choose between the XTO  and XT variants depending on their budget.

Instead of a normal music system, if you are interested in a touchscreen music system, then you can buy the XT variant with the Rhythm pack, which will cost another Rs. 30,000 and add a 7-inch touchscreen with 4 additional tweeters. The touchscreen unit also has Android Auto and Apple Carplay connectivity for convenience. Although, this price seems too high. So, if you want a touchscreen, then we’d suggest you either buy the XTO and add an aftermarket touchscreen or stretch the budget some more and buy the XZ Plus variant. It’s worth noting that XT Rhythm is only an option for Tiago manual buyers. The automatic buyers have no choice but to get the XZ Plus for a factory fit touchscreen along with some additional features.

The Tata Tiago XZ Plus petrol costs Rs. 6.83 lakh with the manual and Rs. 7.38 lakh with the automatic transmission. These prices are Rs. 68,000 more than the XT variant.

The XZ Plus variant adds the following notable features:

For the incremental asking price the XZ Plus petrol variant of the Tiago is offering a decent value for money. Now that the XZ variant is not available, the XZ Plus seems like a suitable choice for buyers who want an upmarket ownership experience from the hatchback.

Which Variant Of The Tata Tiago Petrol Should You Buy?

The base XE variant of the Tiago petrol-manual is too basic and has barely any must-have features. So, we’ll recommend getting at least the XTO variant. However, if you don’t want to install an aftermarket music system, then the XT variant will suit the needs of most budget buyers.

If you can stretch your budget further, then the XZ Plus variant offers better value but only because of some of its high-value good-to-have features like alloy wheels, projector headlamps and DRLs. Unfortunately, our favourite XZ variant, which offered the best balance of value and features, is no longer on sale. So, you will have to decide between the XT and XZ Plus variants depending on your budget. Both of these variants are good options. This recommendation is valid for Tiago petrol-manual as well as petrol-automatic buyers.

What Are The Engine Specifications Of The Tata Tiago Petrol?

The Nios turbo is the only other car in this segment with a 3-cylinder engine as an option but its meaty torque band because of the turbocharger gives you enough reasons to look past its number of cylinders.

The Tiago’s mileage figures are on par with its rivals save for the Swift, which has a significantly better mileage output from its new dual-jet engine.

What Are The Dimensions Of The Tata Tiago?

The Tiago offers a good middle ground in terms of dimensions as it's larger than the Ignis but a fair bit shorter than the Swift. The Tiago’s ground clearance is also somewhere in the middle for the segment at 170mm. So it’s better than the Nios and Swift, but less than that of the Ignis.

What Are The Colour Options Of The Tata Tiago Petrol?

The 2022 Tiago petrol is available in the following 5 colours:

Dual-tone exterior colour is available in the top XZ Plus variant for an additional Rs. 12,000. 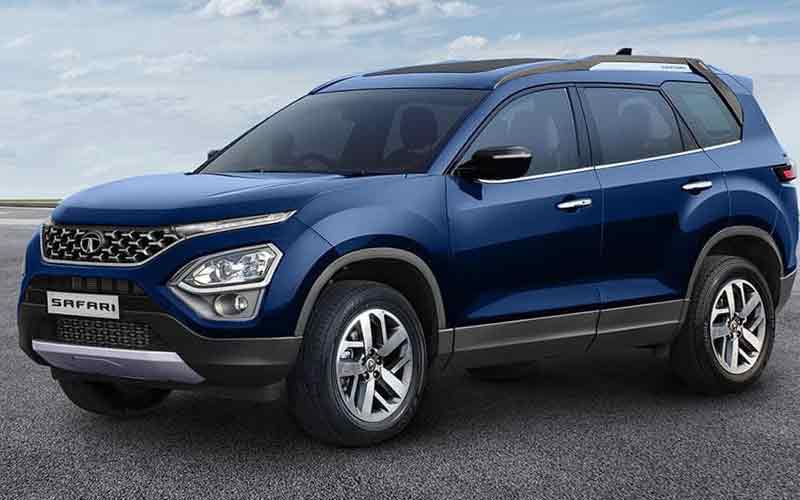 Tata Punch Accomplished vs Altroz XT | Which Is Better? | Oct 2021 | The Ultimate Analysis

August 2022 - Toyota Glanza Petrol Variants Explained - Which One To Buy?