The Tata Harrier SUV was launched in the Indian car market on January 23, 2019.

The Tata Harrier comes with a Fiat-sourced 2.0-litre turbo diesel engine, which also powers the Jeep Compass and MG Hector. It makes 140PS of power at 3750rpm and 350Nm of torque between 1750 and 2500rpm. While it may be low on power compared to the Compass, its torque output is the same and just as wide as the Compass’. So, it maintains the strong bottom and mid-range torque that this 2.0-litre diesel engine is known for. It’s available with a 6-speed manual transmission.

The Tata Harrier offers a claimed fuel efficiency of 16.7kmpl.

The engine performance of the car can be altered with the 3 driving modes - City, Eco and Sport. There are also 3 terrain management modes (Normal, Wet, Rough) to offer optimum traction in specific driving conditions.

The Tata Harrier misses out on certain features we’ve come to expect from a vehicle with a similar price tag. It doesn’t have an auto-dimming inside mirror and tyre pressure monitoring system. The rear centre passenger neither gets a headrest nor a 3-point seatbelt. A head-up display would’ve been nice to have in the Harrier.

Who Should Buy the Tata Harrier?

The Tata Harrier is a positive head-turner. So, if you are looking for a premium mid-size SUV with good road presence, then the Harrier should be up your alley.

Then, there is the driving characteristic of the Harrier, which will feel like a Land Rover as it borrows the chassis from the Discovery Sport. Terrain modes further amplify that feeling of driving a competent SUV. It also has a healthy list of features and a great JBL-powered 9-speaker music system including a woofer. So, an audioholic should definitely consider the Harrier.

Nevertheless, the fact that really shines through is the aggressive pricing of the Tata Harrier. Despite its famed underpinnings, gorgeous visual appeal and top-notch safety techs, the Harrier comes with price tags that are bound to attract buyers. The JLR models really can’t compete with their Tata sibling when price is concerned. So, in terms of value for money, the Tata Harrier is highly tempting.

The Tata Harrier is a 5-seater mid-sized SUV model. It is positioned between the Tata Nexon subcompact SUV and the 7-seater Tata Hexa flagship SUV.

The Harrier is based on the Tata H5X concept car that was showcased at the 2018 Auto Expo. The production version of the car was revealed with its official name later in the same year. It is a C-segment SUV, which was highly awaited and speculated prior to its launch owing to its Omega Architecture platform. The Omega Architecture or OmegaArc platform is a revised version of the Jaguar Land Rover D8 platform that underpins several JLR models like the Jaguar E-Pace, Range Rover and Discovery Sport.

Given its platform, the Harrier was expected to be a high-end model with an expensive tag, but created another wave of interest during its launch with its aggressive pricing.

Tata is expected to launch the Harrier with an automatic transmission some time in 2020. A 7-seat variant is also rumoured to be on the cards. 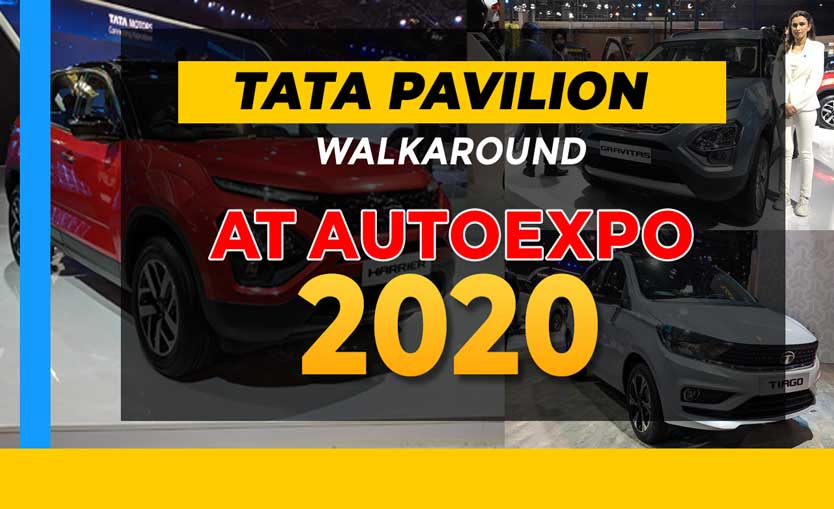