Audi has started pre-launch bookings for the e-tron SUV for a token amount of Rs 5 lakh. The e-tron will go on sale in India on 22 July and it will be offered in two body types: SUV and Sportback (Coupe SUV). 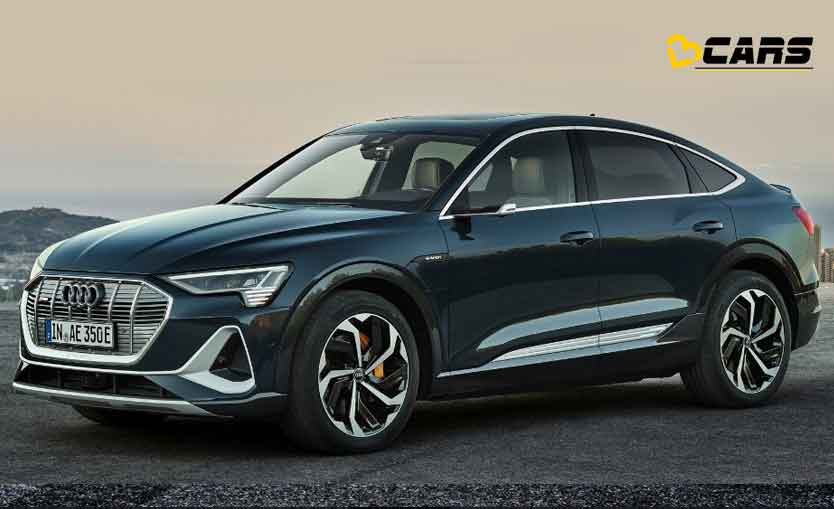 While globally the e-tron SUVs are offered with two powertrain options: e-tron 50 and e-tron 55, the India-spec models will be offered in the more powerful e-tron 55 avatar only. Here are the details of the two configurations:

For charging, the e-tron SUVs support up to 150kW DC fast charging. While at home, it can be charged using a 11kW AC Home Charger that can top up the battery in 8.5 Hours.

In terms of design, the e-tron looks unmistakably Audi. The front fascia is dominated by the signature Audi grille however, here it is used to cool down the electricals. It is flanked by LED headlamps. The side profile looks clean with flared wheel arches and the two-part shoulder line that runs only over the wheel arches. At the back, like any other modern Audi, the e-tron also gets connected tail lamps.

The Sportsback also looks similar to the e-tron SUV but it gets a sloping coupe-like roofline at the back. The Sportback also gets more aggressive front and rear bumpers when compared to the e-tron SUV. Similarly, on the inside, both the EVs get an identical cabin with a 4-spoke steering and a central console dominated by two touchscreens.

Prices of both SUVs are likely to start around Rs 1 crore. While the e-tron SUV will compete with the Mercedes Benz EQC, the e-tron Sportback will take on the Jaguar I-Pace. Tesla is also expected to make its India debut later this year with the launch of the Model 3.