The Hexa was Tata’s flagship SUV for a long time but it was discontinued with the implementation of BS6 norms in the country. Now it seems like the carmaker is planning to reintroduce the Hexa as the SUV was spotted testing for the first time. The test mule spotted was an automatic variant (XZA badge on the tailgate) and was also equipped with 4WD (4X4 badge on side panel). Other than above-mentioned changes, the test mule looks similar to the regular Hexa.

Under the hood, the Hexa will be powered by the same 2.2-litre engine as before but with a BS6 update. It is expected to produce an identical 156PS and 400Nm mated to either a 6-speed automatic transmission or a 6-speed manual gearbox. Where the test mule was a 4WD version, a 2WD version is also expected to be on offer. With the BS6 update, Tata is expected to do away with a lower-spec version of the 2.2-litre engine (150SP/320Nm) which was offered in the base variant of the BS4 Hexa. 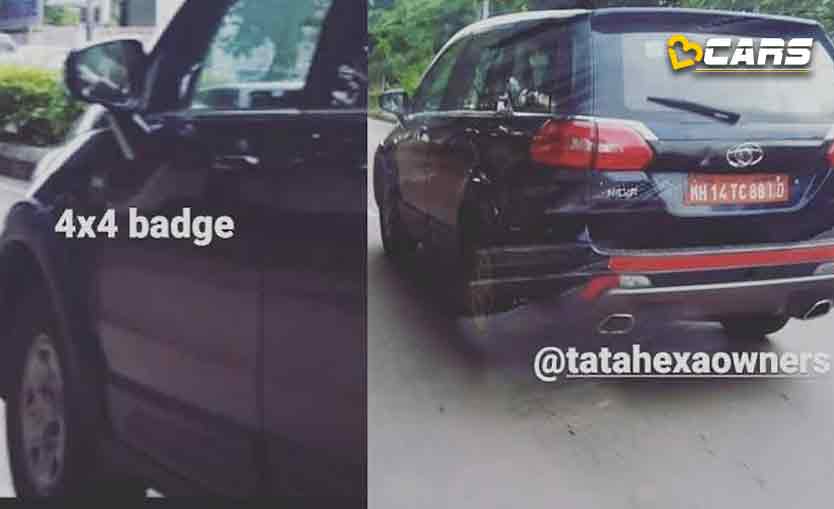 When launched, Tata is expected to slot the Hexa below the Gravitas SUV, which is likely to go on sale soon. The Hexa will be the only 4WD offering in Tata’s lineup since the carmaker has no plans to offer a 4WD option on the Harrier and Gravitas.

Tata is expected to launch the BS6 Hexa soon. It is expected to be priced at a premium of around Rs 50,000 over the BS4 variant. It will take on likes of the MG Hector Plus, Toyota Innova Crysta and the Mahindra Marazzo.