Citroen India will mark their entrance into the highly-crowded and very-profitable sub-4m SUV space. The French brand will unveil their first mass market car on September 16. This is expected to be the Citroen C3-based sub-4m SUV. Reports suggest that the car will get a 1.2-litre normal petrol engine. If it doesn’t get a turbo petrol engine, then we can safely say that the C3 will rival the budget-friendly sub-4m SUVs like the non-turbo models of Nissan Magnite, Renault Kiger, Hyundai Venue and Kia Sonet.

The new Citroen SUV is likely to enter production by the end of 2021 and launch around the new year as a 2022 model year car. By then, we may even get to see the Tata Hornbill or HBX, which will become Tata’s second car in the sub-4m SUV space. The Hornbill will also attempt to eat into the C3’s market share by offering budget SUV buyers one more option. 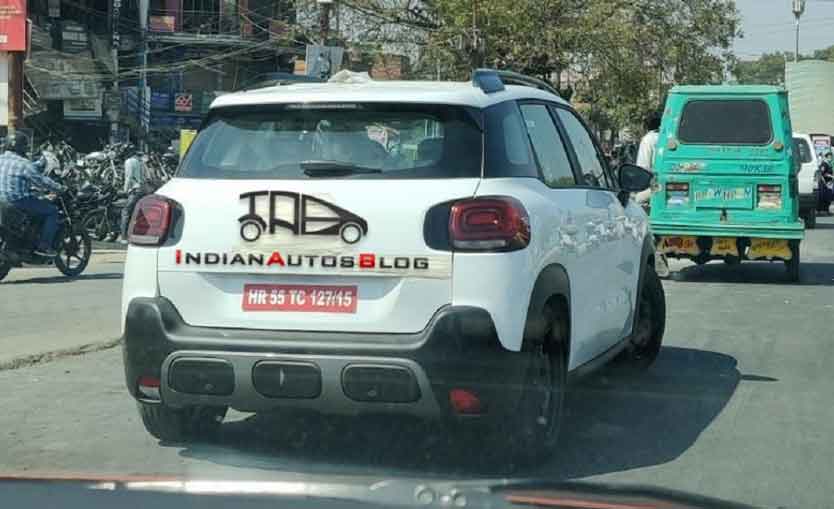 Looking at the spy shots of the car testing on Indian roads, and it appears that the Citroen SUV will get steel wheels with stylish wheel covers. The model testing has cutouts, which are usually seen on cars that offer wheel covers that look like alloys on top of steel rims. We have such options on the Kwid, Triber, Creta and other cars. This also hints at a budget-friendly approach for the C3, in line with the rumoured normal petrol engine option. This could also become the mid variant of the car, which gets this wheel option. Citroen Developing Three New Sedans; Will These Come To India?