The production version of the Kia SP2i SUV will make its global debut in India on June 20, 2019. Kia will officially start its innings in the Indian market with the SP2i mid-sized SUV. The trial production of the SUV has already been started at the company’s plant in Andhra Pradesh. The SUV is expected to go on sale sometime by July or August in the country. Kia made its Indian debut with the SP concept at the 2018 Auto Expo last February and the new SP2i comes based on the same concept.

Based on the thoroughly updated version of the existing Creta’s platform, which is compatible to accommodate longer wheelbase or 7-seater SUV, the upcoming Kia SP2i will come with premium interior and several high-end features. The company has already released the design sketches and interior pictures of the SP2i. The company had claimed that the compact SUV will be spacious and have "capabilities of a traditional SUV in a compact package".

In terms of designing, the Kia SP2i is expected to get a bold and sporty design with a wide Tiger nose grille. A long hood and distinct character line on the front bumper, wider bumper, sculpted bonnet, roof rails, the integrated roof spoiler, LED headlamps, which feature three-dimensional light graphic, LED taillights and dual exhaust pipes, the rear bumper with a metallic muffler effect and diamond cut alloys are going to be the major highlights at the exterior of the new Kia SP2i.  At the inside, the released pictures show that the SUV will get a large touchscreen infotainment system compatible with Android Auto, Apple CarPlay, wireless charging, and a 360- degree camera. Additionally, the upcoming Kia SP2i will also get a fully digital instrument cluster, head- up display and an ambient light package. In terms of powertrain, the upcoming SUV will be powered by a 1.5- liter petrol and diesel engine. A six-speed manual is expected to be standard while a DCT is likely to be offered for petrol also. Kia is also working on the performance-oriented version of the SUV, which is likely to get the 140 bhp, 1.4- liter turbocharged petrol engine.

However, Kia is yet to reveal the final name while the production version is speculated to be called Kia Tusker or the Kia Trailster. The Kia SP2i mid-sized SUV’s trial production has already been commenced and the company is expecting an annual production of nearly 3 lakh units from the plant. The full- scale production is going to start in the second half of 2019. The company has recently opened its first showroom in India in Noida, Uttar Pradesh. In terms of pricing, the Kia SP2i is expected to be priced between Rs 10 lakh and Rs 15 lakh (ex-showroom). When launched, it will take against the likes of the Hyundai Creta, Nissan Kicks, Renault Duster, Hyundai Creta, Mahindra XUV500, Tata Harrier and the recently-unveiled MG Hector in the segment. Stay tuned to V3cars.com for further updates on the upcoming Kia SP2i SUV in the Indian market. 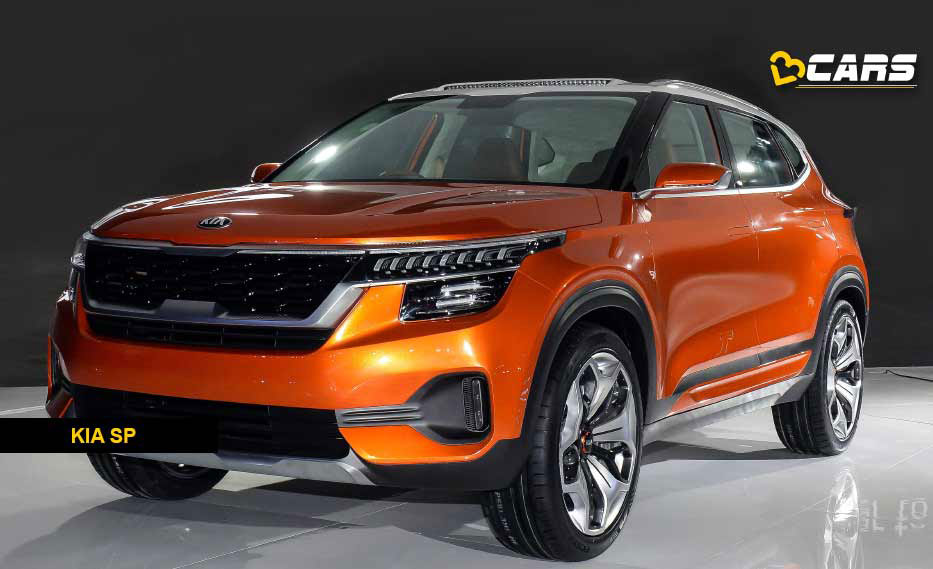