Tata has launched the limited-edition 2019 Nexon Kraz (and Kraz+) in India. It is based on the Nexon XM and gets cosmetic updates in the form of orange elements on the outside and inside. The Nexon Kraz can be had in just one dual-tone exterior colour combination -- black-silver. The interior also features glossy black finish instead of silver insert on the dashboard. 2019 Nexon Kraz can be had with all the powertrain options that are on offer on the standard Nexon. 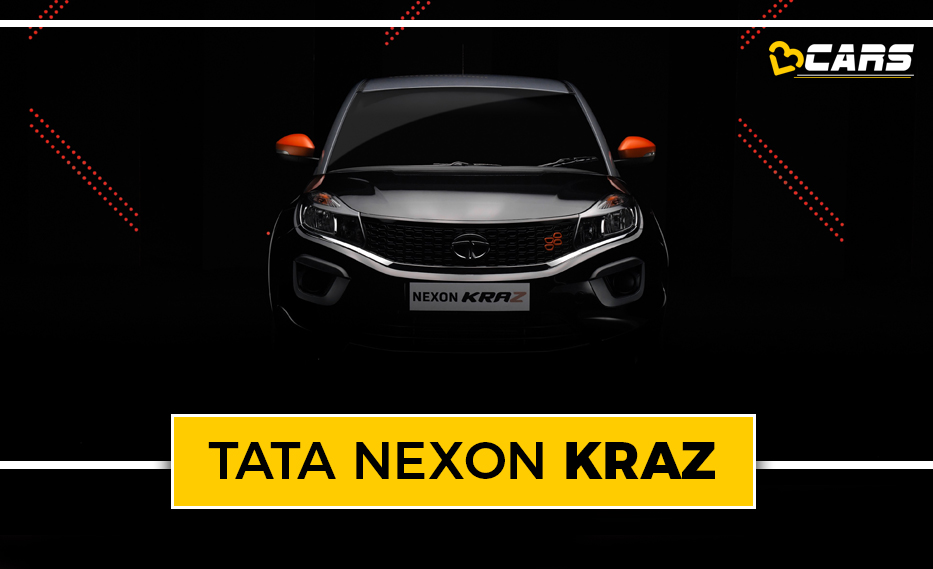 Tata has introduced limited-edition 2019 Nexon Kraz (pronounced as “craze”) in India. The carmaker says that the Kraz edition celebrates 1 lakh unit sales of the Nexon. Nexon Kraz can be had with both petrol and diesel engine options, with both manual transmission and AMT. The prices of the 2019 Nexon, including Kraz variants, is as follows: The Nexon Kraz is available in just one black exterior colour with silver roof. The limited-edition model gets orange (tangerine) elements on the alloy wheels, front grille and ORVMs.

While the 2019 Nexon Kraz gets a dual-tone beige-black interior, Tata has replaced the silver trim of the dashboard and steering wheel with a glossy black trim on the Kraz. It also features orange inserts around air-con vents and orange-coloured stitching on the seats.

Tata had introduced a similar limited-run Kraz version on the 2018 Nexon, and that model featured yellow contrast elements instead of the orange ones on the 2019 edition.

As far as mechanicals are concerned, the Nexon Kraz features the same 1.5-litre diesel engine and 1.2-litre petrol engine as the standard model. Both the engines can be had with either a manual transmission or an AMT.