Home - Car News - Mahindra To Pull The Plug On The Alturas G4 Soon?

Mahindra launched the Alturas G4 back in November 2018 as a CKD offering and was being assembled at Mahindra’s Chakan plant. Sources now suggest that Mahindra is planning to discontinue its flagship SUV due to the split between Mahindra & Mahindra and Ssangyong group, as the Alturas G4 is essentially a rebadged version of the Ssangyong Rexton G4. It has also come to light that the carmaker currently has parts to manufacture around 500 units of the Alturas G4 and the assembly will be stopped as soon as the supply runs out. The discontinuance of the Alturas G4 will not really put a big dent in Mahindra’s overall sales as the Alturas G4 has an average monthly sale of less than 100 units.

Under the hood, the Alturas gets a 2.2-litre diesel engine making 180PS of power and 420Nm of peak torque. Power is sent to all wheels via 7-speed automatic transmission and a 4WD system. The Alturas G4 is also available with a 2WD option. The Alturas G4 is priced from Rs 28.72 lakh to Rs 31.72 lakh (ex-showroom Delhi). It rivals the likes of the Toyota Fortuner, Ford Endeavour and the MG Gloster. 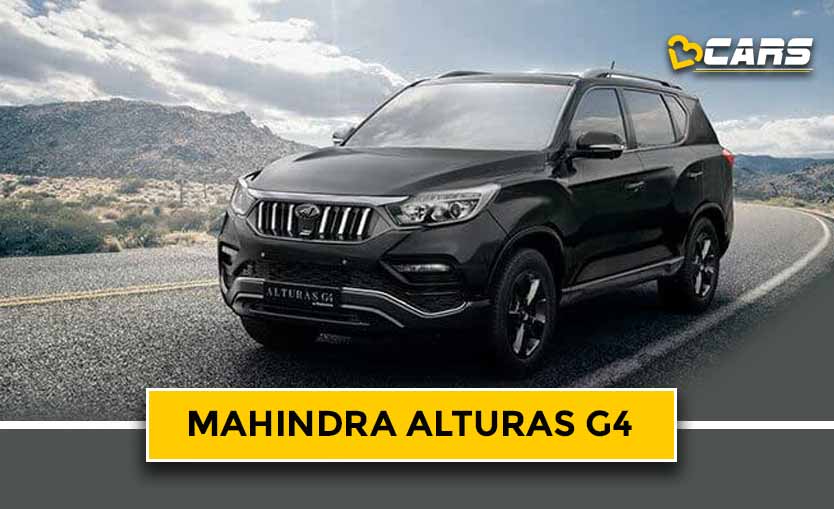