MG showcased ZS facelift at the 2020 Auto Expo. Now it seems like the carmaker is planning to launch the updated SUV in the country as it was spotted testing recently. 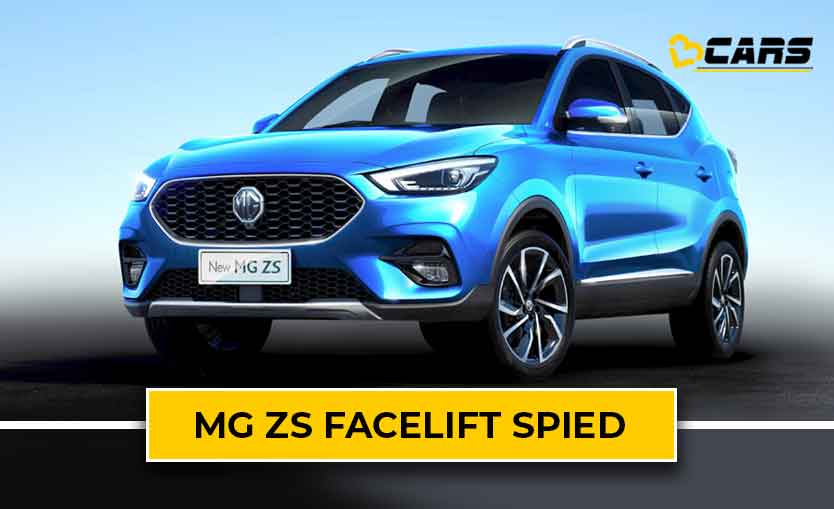 Compared to the pre-facelift model which we get in its EV form, the facelifted ZS gets updated styling along with added new features. Upfront, it gets sleeker new headlamps flanking the new hexagonal grille. It also features an updated bumper with restyled fog lamps and central air dam. Similarly at the back, it gets new sharper-looking tail lamps, new tailgate and an updated bumper.

On the inside, the ZS facelift looks largely similar to the pre-facelift but gets additional features. The international model comes with a digital instrument cluster but it remains to be seen if it will be available on the India-spec model. Other features that are expected on the India-spec car include a panoramic sunroof (seen in spy shot), multiple airbags, auto AC, a 10.1-inch touchscreen infotainment system with Apple CarPlay and Android Auto and connected car tech similar to what we have already seen on the Hector and the ZS EV.

Globally, the ZS facelift is offered with three engine options including a 1.5-litre naturally aspirated petrol (106PS/141Nm), a 1.0-litre turbo petrol (111PS/160Nm) and a 1.3-litre turbo petrol generating 160PS and 230Nm.  However, it remains to be seen which engine will make way to the India-spec ZS. We expect MG to offer both manual and automatic transmission options with the ZS.

MG has not yet said anything about launching the facelifted ZS petrol in India but we expect it to happen by 2021. Prices are expected to range from Rs. 10 lakh to 15 lakh. Once launched, it will take on the likes of the Hyundai Creta, Kia Seltos, Renault Duster and Nissan Kicks. MG ZS Petrol Launch In Q3 2021; Could Be Called The Astor In India