Honda Cars India has called back its new generation Amaze subcompact sedan for the inspection and replacement of faulty auto part. This voluntary recall involves only the all new Honda Amaze sub-4 meter sedan units which have been manufactured in the time period of 17th of April to 24th of May, 2018. The Japanese car maker has revealed in an official statement that it needs to carry out a product update of the Electric-Assist Power Steering (EPS) Sensor harness of the new Honda Amaze.

As per Honda the latest recall involves a total of 7,290 units of the 2018 all new Honda Amaze. As per the statement, Honda has said that in some of the units of the new Amaze, the customers might possibly feel that the steering is heavier than usual and the EPS indicator light comes on. As all voluntary company recalls, the entire inspection as well as replacement process of the faulty part will be carried out by the authorized dealerships of Honda Cars India Ltd. (HCIL) across India, absolutely free of any charges. Honda India will be initiating the recall process from 26th of July. The Japanese auto giant will be individually contacting the owners of the affected Amaze units.

If you own an all new 2018 Honda Amaze and are wondering whether your car falls under this recent recall announced by Honda Cars India, then you can check for the same in the new microsite created by Honda. To check if your car has been affected by this recall, you simply have to visit this microsote under Honda India’s official website www.hondacarindia.com, and submit your car's 17 character alpha-numeric Vehicle Identification Number or VIN to get the details.

The all new Honda Amaze first debuted in the Indian market at the 2018 Auto Expo back in February, which was followed by its official Indian launch in the month of May, 2018. Thus, within just 2 months of launch in the Indian market, the new-gen Amaze is being called back to check and replace a possible faulty part. However, such recalls are part of the general practice followed by car makers to ensure the safety and security of the customers.

The Honda Amaze first launched in India back in 2013, and became an instant hit changing the fortunes of Honda Cars India overnight. The Amaze was the first ever diesel model from Honda in India, and the only subcompact sedan model that actually challenged the all-time segment leader Maruti Suzuki Dzire.

The new 2018 Honda Amaze gets powered by the same 1.2L petrol engine that generates 87 bhp of max power along with 110 Nm of top torque; and the 1.5L diesel motor that delivers 99 bhp of top power and 200 Nm of peak torque. Transmission duty is handled by a standard 5 speed manual transmission, while Honda is also offering the CVT gearbox option on both the petrol and diesel versions.

The all new Amaze sedan comes with a starting price tag of Rs. 5.6 lakhs which goes up to Rs. 8.68 lakhs (prices ex-showroom, Delhi). 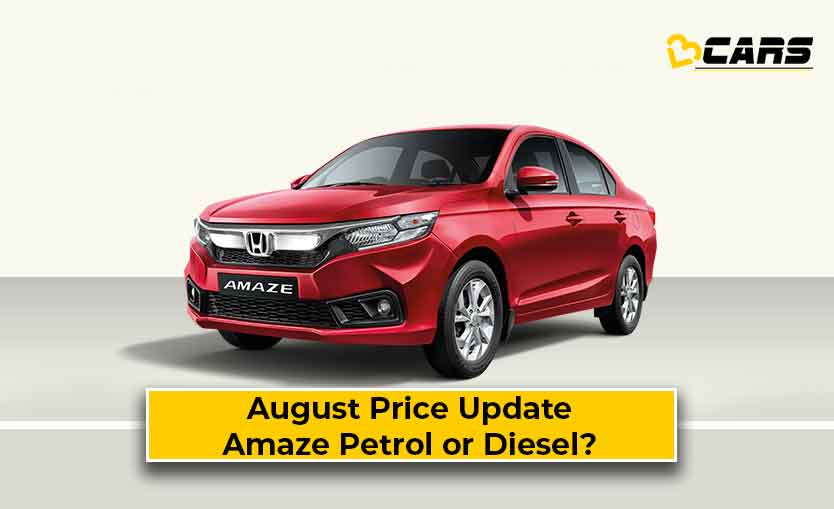