Ford has teased a new sportier variant of its flagship SUV, the Endeavour. Christened the Endeavour Sport, the new variant will go on sale in India on September 22. While we will have to wait for the official launch to know the prices and the exact details of the new SUV, thanks to the spy shots we have a fair idea of what to expect. 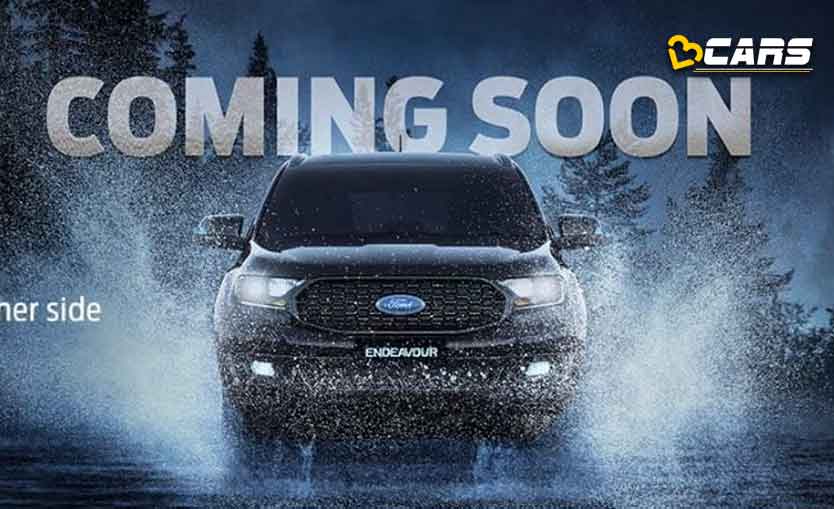 The Endeavour Sport features a blacked-out front grille and bumper element. On the side, it gets blacked-out alloys, black ORVMs and ‘SPORT’ decal on the lower part of the rear doors. A similar treatment can be seen at the back as well where it gets a blacked-out trim element connecting the tail lamps along with some black finish on the bumper and a ‘SPORT’ insignia on the tailgate.

The changes on the Endeavour Sport are expected to be limited to the exterior only as it is likely to get the same dual-tone interior like the one seen on the standard Endeavour. Similarly, the equipment list is also likely to remain unchanged with features like a panoramic sunroof, dual-zone climate control, multiple airbags, ABS with EBD, ESP, TCS, front and rear parking sensors, hill launch and descent control, powered front seats, LED headlamps and an 8-inch touchscreen infotainment system with Apple CarPlay and Android Auto.

Under the hood, the Endeavour Sport should get the same 2.0-litre diesel engine as the standard SUV. This engine makes 170PS of maximum power and 420Nm of peak torque and is mated to a 10-speed automatic transmission. Ford is expected to offer the Endeavour Sport with both 2WD and 4WD options.

On the whole, the Endeavour Sport seems like a cosmetic job, similar to what Toyota has done with the Fortuner TRD LE.

The Ford Endeavour Sport is expected to be priced at a premium of about Rs 30,000 over the Titanium+ variant, which retails at Rs 32.75 lakh and Rs 34.45 lakh for the 4X2 and 4X4 versions, respectively. The base-spec Endeavour Titanium 4X2 is priced at Rs 29.99 lakh (all prices ex-showroom Delhi). Once launched, it will take on the likes of the Toyota Fortuner TRD LE along with other SUVs like the Isuzu mu-X and the Mahindra Alturas G4.