Hyundai recently revealed the Casper SUV for the South Korean market. The latest and smallest SUV from Hyundai is smaller than the Nexa Ignis but wears 17-inch alloy wheels - large enough to challenge the Creta. A pre-production model was spied testing with 17-inch alloys. The Casper should offer at least 180mm of ground clearance. However, exact figures are not available right now. The turbo petrol engine also gets 2 additional ram-air intakes in the bumpers next to the headlamps. These help improve the performance as petrol engine performance depends on the amount of air it can breathe in. Petrol fuel has a very narrow fuel-air mixture ratio and pumping in more fuel doesn’t give more performance unless it gets more air.

We believe that at least one of those is functional while the other one could be merely for cosmetic purposes and to maintain design symmetry. The pronounced ram-air intakes also make the turbo petrol variants stand out. Non-turbo models may get a black or silver grille option.

For the Indian market, we can expect to see the same engine options as the Nios - that means a 1.2-litre normal petrol engine and a 1.0-litre turbo petrol engine. We expect the Casper to arrive in India by the end of 2022 and compete with the Tata Punch, Nexa Ignis and Tata Tiago NRG. 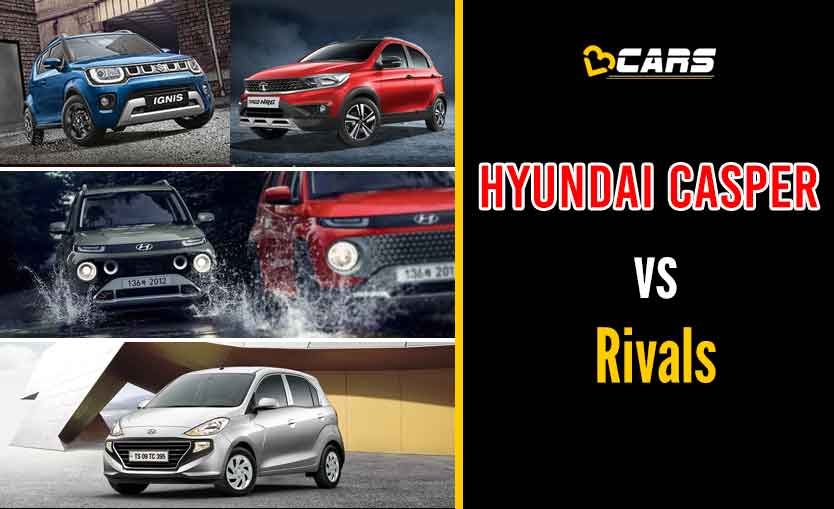