Mercedes Benz A-Class To Launch By The End Of 2020

Just as BMW is gearing up to launch the 2 Series Gran Coupe on 15 October 2020, Mercedes-Benz has announced that it will launch its 2 Series-rival in India by the end of this year. Bookings for the sedan are already underway. The A-Class sedan will be German carmaker’s entry-level sedan that will sit below the C-Class in brand’s lineup. Talking about the design, the A-Class sedan looks aggressive. It features a trapezoidal grille with a horizontal slat flanked by angular LED headlamps. The side profile looks clean with a sharp character line running below the window line and a sloping roofline. Coming to the rear, it gets tailgate-mounted number plates flanked by split LED tail lamps.

On the inside, the A-Class sedan looks similar to any other modern Mercedes Benz. It gets dual-screen setup for the instrument cluster and infotainment and air-turbine finish for AC vents. In terms of features, the A-Class sedan will get features like a panoramic sunroof, digital instrument cluster, a touchscreen infotainment system with Apple CarPlay and Android Auto, parking camera, LED headlamps, rain-sensing wipers, electrically adjustable front seats, wireless mobile charging, two-zone climate control and cruise control. Safety features on offer include multiple airbags, front and rear parking sensor and ABS with EBD.

Prices of the A-Class sedan are expected to start from Rs 35 lakh. It will not only compete with the BMW 2 Series Gran Coupe but will also take on the Audi A3, when it goes on sale in India. 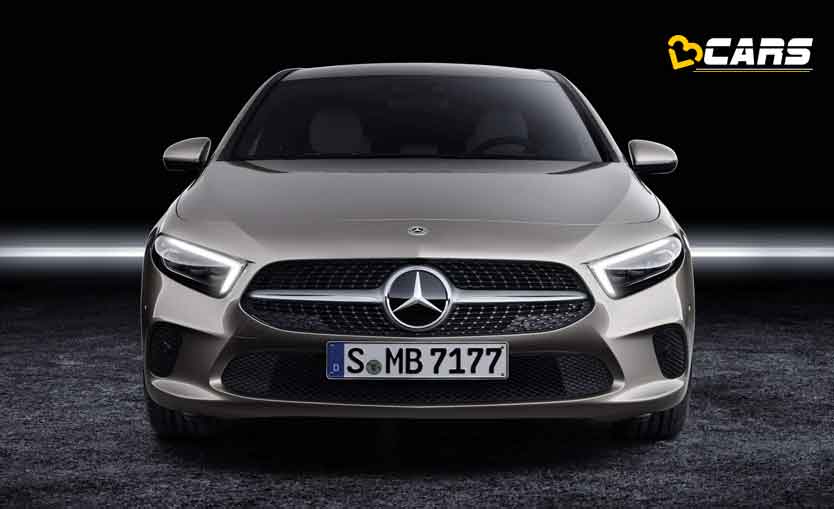